I AM 22 YEARS SOBER TODAY, SO I WROTE A POST CALLED "GETTING YOUR CHARACTER HIGH: WRITING ABOUT ADDICTION"


Around 9:37 am today I am  22 years clean and sober. Yep. 22 years. What the hell is that? Crazy huh. (I’ve blogged on this subject a lot over the years, such as here and here.)  I like to think the hell I put myself through helped me gain the perseverance to run marathons and write books, despite all the forces in the universe trying to stop me.

Substance abuse and addiction play a major role in many of my books. On the Lips of Children features a crystal meth addict living in a drug-smuggling tunnel who snorts bath salts. STRAY is loosely based on my experience working as a therapist in a treatment center.

And my latest release, MILK-BLOOD, features heroin addiction in a way I am pretty confident you have never seen before.

None of my books preach or try to deny anyone the choice of their drug or drink. Hell, if I could get away with it, I’d be drinking right now. But I can’t. One shot of vodka and I’m drinking for days and then using any substance I can get my hands on. My insides bleed out of my ass (literally). Strange days indeed, and the glory is, writers can make their characters bleed out just the same.

So, for my 22 year sobriety anniversary, I’m putting out a post called:

“Getting Your Character High: Writing About Addiction”
Here we go…

Torture your protagonist. Toss them into a pot of boiling water, and make the best parts come bubbling up to the top. There are lots of ways to do this, but one of the greatest and oft-used ways for authors is to write some drugs or drink into their system. Wether they have a longstanding addiction, are in recovery from addiction and relapse, or take their first hit of that strange looking pill, a character under the influence is a pivotal point in many stories. Substances turn a character inside out.  The filters are gone, the emotions are exaggerated, impulse control is low, libido may be ablaze. Memories and demons and actions they will later regret come rushing in.

Getting your character high is similar to dropping them into that pot of boiling water. Here’s some things to consider:

What You Drop In Matters
All Substances are not equal.  A tiny dot of crystal meth holds much more power than a drop of Pabst Blue Ribbon, and the variances are tremendous. I’ve been around drinking in my sobriety without a problem, but I never want to be in the same room as meth again, for if I do not leave, there will be blood. Social marijuana use, social alcohol use, and social crack use: One of these things is not like the other.

Amounts and Terms
Get it right. To make it feel truthful, characters should use the right amount, the right away, with the right terms. “Weed” is the common vernacular for marijuana, right? And Dope doesn’t mean “Weed” in my parts, maybe nowhere. Dope is particular to just heroin.  Of course, if you are writing fantasy or science fiction, this all changes. Spoiled milk got the aliens high in “Alien Nation”, NZT-48 was an intellectual buzz in “Limitless” and Hobbits love their pipe-weed. Oh, the places you will go, just have inner-world consistency, and have some fun.

Research
If your character is getting high, or trying not to get high, then go to an open AA/NA meeting.  Find some YouTube videos of people using.  Listen to songs that capture the tone of the specific substance. (RIP Lou Reed).  I’m not saying to go snort some coke, but, go snort some coke. No, don’t’ snort coke. Ask someone who snorted coke to edit your work.  Or of course you could just snort some coke. (No, don’t!)

Rituals
Addicts love rituals. Your character can be on the outside looking in, and intimidated and beguiled by the strange world, or it can be part of their lexicon. Alcoholics love the ding of the bell as they enter the party store, the smell of old mop soap, seeing all those little stogies at the counter. Heroin addicts come to welcome the prick of the needle into their flesh, and the comfort of patting their front pocket and knowing there’s a pack of dope inside. Get this right, and the passages will read true to the reader.

The scariest moment is always just before you start
When recovering heroin addict Jane Margolis met Pinkman in Breaking Bad, you knew something had to give. Laying out the temptation and creating the set-up is a great plot builder.  If you can get readers screaming at your characters in their head, "don't do it, don't do it, no! don't!" you've won them over. A character we care about acting against their best interest is reason to read on.

One generic scene I personally hate is the character trying to stay sober, sitting at a bar stool pondering over unresolvable troubles, and in front of them is the drink they just ordered. They twirl the shot of whiskey and stare, deciding if they should drink it. I can believe a lot of things, but not this. Once you are at that point, you are already drunk. Cravings are intense, and if you’ve gone that far, you’re not going to turn anything down, and certainly not pause. It’s like taking a laxative, and trying not take a shit. You may hold on for a while, but eventually you will give in, and then it will get messy.

But that moment before decisions are made can make the reader's heart stop and their interest zoom in.
All You Have to do is read the labels
Substances work with much better consistency than most things in our life.  In fact, the reason drugs are so enticing is that they work. Want to feel a certain way, there’s something out there for you.  Anything your character wants can be found in a drug. Confidence, creativity, strength, expansion of consciousness.  Eventually  the drugs will do the opposite that you hoped for, but while the character is falling into the pits of hell, it can feel like flying.
"Most people don't know how they're gonna feel from one moment to the next. But a dope fiend has a pretty good idea. All you gotta do is look at the labels on the little bottles." ~ 'Bob’ from Drugstore Cowboy.

Perceptions and Prose
When characters uses substances, perceptions are altered, and this is where your prose should change. First person point of view will certainly change the most, followed by third person limited. The deeper you are in the POV the more affected the prose will be.

Make the sentences reflect the substance: Drunkards will have big, bold dreams, or violent impulses. Any good drunk is always telling you how much they love you or how much they hate you.  Heroin will make you feel soft and warm, like a return to the womb where everything is beautiful and has its place; the ants in the grass are just doing their thing. Cocaine will have your brain and tongue electric with tangential philosophies.

Of course, the pain of craving for and detoxing from these substances will have a visceral effect unique to the substances. Making your characters detox and crave is twice as much fun as getting them high. The possibilities are endless, and characters going through the cycle of addiction transform as much as any werewolf.

Thought patterns and Narrator Reliability.
Characters getting high will rationalize insanity until their choices seem perfectly reasonable and actually preferable. Their internal dialogue will be filled with lies. What's more fun writing than that?

Similar to this, there’s tons of options to hide an addicts true intent with behavior that may seem contrary to expectations.  Addicts lie, they deny, then they die.

There’s a great passage in Michele Miller's upcoming novel (and ABNA semi-finalist), Lower Power, where a craving crack cocaine addict can’t find a way to afford any drugs so instead he goes to visit his son. As we travel alongside him, we think this could be a redeeming quality, until he steals the very  necklace he gave his son from around his neck to pawn for crack money. That’s verity. Parents get high everyday by selling back their kids Xbox games to Gamestop so they can get a 5 dollar crack rock.

Surroundings
Unlike the pits of hell for murderers and rapists, there are no fences in the pits of hell  for addicts, for if an addict tries to climb out of their pit of hell, another addict grabs them by the ankle and pulls them back down.  Want to put your character around some nastiness and see how they respond, send them to a crack house or a dive bar. It’s a pot of bubbling madness in there, and your character's madness is sure to boil right out of them just the same.

So there’s some thoughts. Not sure if anyone is listening as I look around the table, but that’s okay, this sharing is important for me and I'm grateful for the chance.  I’d love to write a post on how to write someone newly sober since sobriety to me has been stranger than any fiction or any addiction. It took a lot more courage to live stone cold sober 24 hours a day than to clutch onto that 40 ouncer like it’s my baby bottle.

For a great read on a newly sober person navigating reality filled with some wonderful humor, try “Unwasted: My Lush Sobriety” by Sacha Scoblic.

For a great story on addiction that I think will blow your mind to pieces, check out
MILK-BLOOD 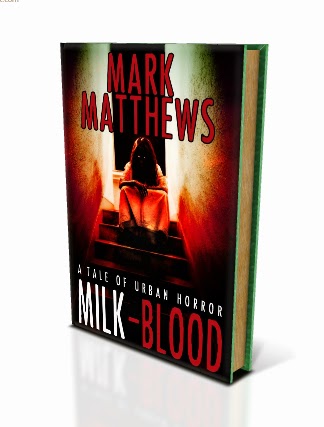 Just a great, informative post! Don't know if folks still use them, but back in my own "using" days, a popular combo was speedballs--half coke and half smack. In fact, I seem to remember that was Belushi's choice of drugs, right?

This was really great stuff. I'll refer to it often.

Congrats on a huge accomplishment (22 years sober!), all you have done since, and a great post :)

This was an excellent post, Mark. It's also excellent that you have made it this far.
Congratulations, my friend! :)
Char