Win The Lottery By Being Born

If you are in the New York City Marathon Lottery, you recently got an email that looks like this:
Mark Matthews
Application Number: 915817
The ING New York City Marathon application is closing on April 23, and you can't wait to hear if you've been accepted. We've received your application, so you're off to a good start. To make sure that everything goes smoothly if your name is chosen in our non-guaranteed entry drawing, please review your application and your credit card information by April 23.
Well, on Wednesday, April 25th, the lottery will be drawn for who is eligible to run in the 2012 New York City Marathon.  Unless you can run extra fast times, for example a sub 2:55 to qualify rather than the sub 3:10 for Boston, the ability to run in the New York Marathon is more likely to be by chance, where Boston is more likely to be due to running a fast enough Marathon.

But here's my question: is the ability to run in either marathon by chance?

Are both Boston and NYCM 'lotteries' in their own right?

Is it just chance that one is born with the genetic material to qualify for Boston, or for New York?  How much of running success is based on genetics, and how much is the internal drive to train?

It seems clear the results on the clock aren't solely a direct reflection of our training. All you have to do is look around you, and you will see people who you train just as hard as who will always be faster. And on the other hand, no matter how hard others train, there are always those we can just naturally outrun. Certain muscle types, ways our bodies process carbohydrates and burn fuel, stride length and a zillion other factors come to play.

On the other hand, if someone dismissed my ten years of training it took to finally run a BQ worthy race as 'genetics', I would jump on a soapbox and lecture through a megaphone at passerby's about my long odyssey and hardwork. I can imagine those who are really fast and train for a lifetime to qualify for the Olympics would yell much louder. Most of training seems to be tapping into something much deeper than genetics. To say we were just born with a runners body would be dismissive of the rigorous training, hours of sweat, running through pain, and blasting ourselves through hurdles by summoning spiritual, emotional, and psychological strength time and time again. 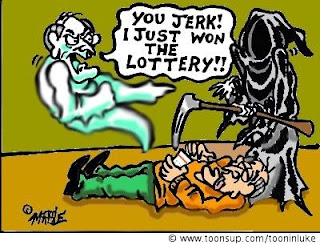 But is there a marathoning genetic threshold we reach, that even if we are training at our hardest we will still bump our head against a BQ or NYCM-Q ceiling that is impossible to bust through?  I can't believe that a certain percentage isn't what we start with, and  that only by tapping into an iron will, discipline, work ethic, and insatiable drive can we push our genetics to their potential.  Then again, maybe genetics are plastic and malleable. Look at a caterpillar and a butterfly: They've got the same genes. One flies, and one can barely crawl.

There are tons of articles and research regarding this topic, much revolving around the Kenyans, and if it is their diet, lifestyle, and culture, that contributes tot heir success, or is it genetic, and can you really separate the two like that.  One interesting point I've read is that almost none of the top Kenyan runners have sons or daughters who are excelling at running.. Why? Because their father or mother becomes a world champion, has incredible resources, and the child never has to run to school again.

A deeper question is if the motivation to excel is partially genetics as well.  That when we say genetics, it is not as much the makeup of our biology but that which drives us to perform, the will to train and push our bodies to manipulate them into the best and fastest vehicle possible. Is the desire to train, and the ability to feel the 'high' and rewards of running also hard-wired into us?

"Maybe it wasn't talent the Lord gave me, maybe it was the passion." was what Wayne Gretzky, the 'great one' once said.

Each of us is an experiment of one, and all we can do is train our hardest and hope we find the right mix. 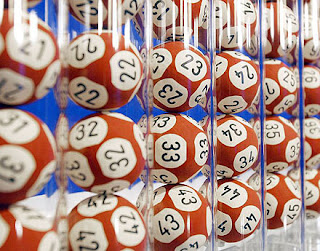 The luck of the draw
I've heard a scenario described by Warren Buffeet where it’s 24 hours before your birth, and a genie appears to you. Before you enter the world, you will pick one ball from a barrel of  7 billion. That ball will determine your gender, race, nationality, natural abilities, and health — whether you are born rich or poor, sick or able-bodied, brilliant or below average, American or Kenyan.

Buffett calls it the ovarian lottery and explains, “You’re going to get one ball out of there, and that is the most important thing that’s ever going to happen to you in your life.”

Well, in order to help those how have fared much less than I in the 'ovarian lottery,'  I am running the NYCM through the Charity Run option by supporting  Covenant House, who's work I have seen first hand. They serve those who were born into circumstances much worse than I, which always makes me grateful, since if I am picked tomorrow or not, I already won the Lottery By Being Born.

I don't even know how I ended up here, but I thought this post was good. I do not know who you are but definitely you're going to a famous blogger if you aren't already ;) Cheers!
Feel free to surf my weblog - how to win lotto