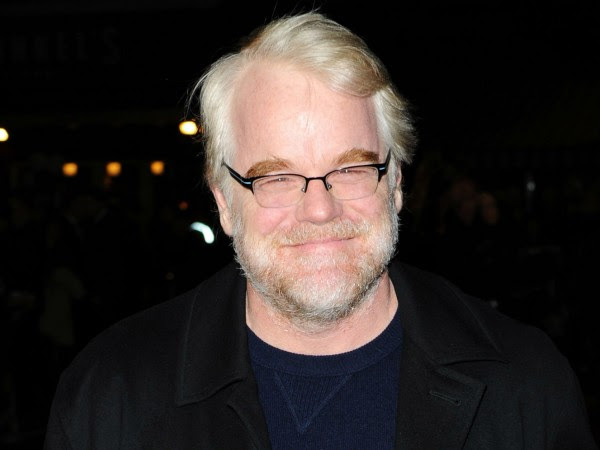 Philip Seymour Hoffman had a drug addiction in his early 20's, but then got sober at 22. He stayed sober for 23 years.

After 23 years he relapsed.

23 years to me means his sobriety had fully 'grown up.' But still, his addiction didn't go away and was growing as well.

He went back into treatment after the relapse, but sobriety didn't stick this time and he apparently has died of a drug overdose.

I am no Philip Seymour Hoffman, but my sobriety has followed his path. I got sober at the same age, and am approaching my 23 years of sobriety. Certainly my path will follow his if I choose to pick up a substance again. Like some vampire sleeping in its coffin ready to be released and suck the blood out of my veins and those around me, I know it is waiting to explode and make up for lost time.

I don't know this just because it happened to Philip Seymour Hoffman, I know this because I feel it inside of me.Right in my gut.

The cliche is that while you are staying sober, your addiction is doing push ups and getting stronger too, waiting for you to slip. It's as if every second sober there's more power to the cravings and urges that build behind the damn of your sobriety. Once it cracks, the longer it's been dormant the more powerful the surge. Addiction has gotten hungry after not being fed for so long. It goes berserk.

And Philip Seymour Hoffman had 'it' as an actor. I'm not versed enough in drama to say what 'it' is, but he had so many intangibles. Facial expressions that spoke volumes. Range of emotions with his voice and body that let him take on some powerful roles. If any actor is worthy of the elegance of a three part name, it is him. You never felt like he was acting, and that he was as powerful, deep, and conflicted as any of the characters he plays.

23 years of sobriety are inspiring. He touched many of us. The relapse is a tragic reminder that the damn that holds back addiction can crack for everyone. You are not done fighting addiction as long as you live.

It is always sad to hear when someone breaks sobriety, and ends up paying the ultimate price for it.

It makes me aware of my own sobriety, and how fragile it can be. It also strengthens my resolve not go to that dark place again.

Very Well Said. My husband is 8 years clean. I find myself staring deep into his eyes in the middle of crisis. There are days that I am fixated on his compulsive actions paralyzed with fear. We are human and we do have vulnerabilities. I hate that I can see there is a damn Damn. What is someone's Breaking point I ask myself?
As I read that they found him with a Needle I felt a surge of emotions erupt within myself. As if my own emotional damn had broken. I instantly felt waves of fear come crashing over me. I am Thankful for another drug free day with my husband. These are not just "stories" They are life. Real people from little towns that share Hollywood's burdens of Addiction.
Addiction is Not Prejudice.

Reading the details of his overdose added to the rock in my heart that was already heavy due to my brother relapsing once again; thankfully he did not overdose.

Lullabies for Suffering: Tales of Addiction Horror has been nominated for a Shirley Jackson Award! Yay! I'm thrilled, honored, surpris...