Happy Chinese New Year! Here's Why It's Important to Me 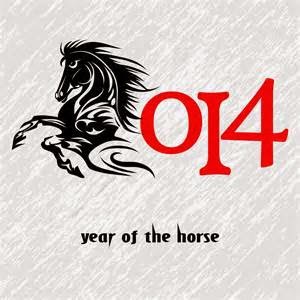 It is Chinese New year, and as a family with a child from China, our family will be celebrating.  I don’t discuss my kids and family much on this blog, it’s just an arbitrary boundary, but I have two daughters who are more a part of me than anything I've ever posted.  One was adopted from China and the other came to us the old fashioned way.  Our decision to adopt was not due to my wife and I not being able to get pregnant , it was more of a calling and it just felt right. I couldn’t imagine life without her.

At this point, we both completely forget she is from China at times, and at the same time, make sure to always honor it. Once somebody is part of your family and your heart, you don’t see skin color. You literally forget, and have to remind yourself. We recently went to a place where it was pretty darn white and non-diverse, and got some looks and comments, and it was like “oh, that’s right. We are an inter-racial family.”  It is something that happens periodically, but not frequently.   I was home from China for less than a week before somebody asked “How much did she cost?” in a grocery store.

So we do what we can to honor that she’s Chinese and celebrate it.  It would be wrong to dismiss her experience as a racial minority in her own family and as someone who has tons of questions about why she was given up for adoption. But to only identify her as a child adopted from China would be a major mistake too.

We have done tons of reading on the subject and have regular age appropriate conversations with her. This will continue.  The implications of international adoption are too many to mention here, but they are many. She will never know about the circumstances of her first months of life, will never look into the eyes of her birth mother, and may always wonder if she has biological siblings running around the other side of the world. Plus, there’s the grief of not being from her mommy’s tummy. Her real mommy. The one who is raising her. They have developed the greatest bond I’ve seen two humans have.

My novel about Chinese adoption, The Jade Rabbit, is partially my attempt to come to terms with what she has experienced and perhaps may experience as an adult. In fact, all of my books I am realizing how autobiographical they are.  Writing, like running, is where things get squeezed out of you, and you find out what’s inside (I’m losing my boundaries here).

I have issues like Thomas Cleaves does from my novel STRAY due to watching so many clients relapse over my 17 years of working with other addicts.

My novel, On the lips of Children, was written after my brother passed, who lived near San Diego, and some of this darkness certainly found its way inside the novel. In fact, as I look back, I wonder if he isn’t the nameless homeless man in the story who was taken hostage in the cave and is left for dead.  There’s guilt inside for leaving him.

The Jade Rabbit, the story of a woman adopted from China, is my only book written in first person and it was done consciously as a way to try and experience the perspective of my daughter.  I wanted to get inside the head of someone who has had her life experiences, at least in a general way. I certainly cannot expect my presumptions about what she may feel to be accurate.  Still, it helped to imagine best I could by really getting inside the character of Janice Woodward from The Jade Rabbit. I still cry when I read the ending, not because it is so good, but because it is so personal.

And just as in real life where I have my best insights and emotional catharsis in the throes of a run, I made Janice into a runner who actually has spiritual connections to her heritage and ancestry as she runs.

This isn’t fiction, however, this is daily stuff.  Just recently my daughter blurted out matter of factly, “I can’t be president.”  Of course you can, I thought, a woman can be president. But then she explained, “No, I wasn’t born in this country.”  I felt a stab in my gut.  I will get the law changed, I said, or just become vice president, and I will take care of the rest.

People are people, skin is skin, but it matters, beyond any type of white-guilt political correctness crap.  For most of us, we are rarely the only person in the room with our skin tone.  I once went to a Baptist church and had a great time, but I was one of maybe 4 folks who were white among the 4,000. It makes you self-conscious and takes a degree of confidence. The community where we live is diverse, but still, rarely is my daughter not the minority in the room. We have put her in situations where this is not the case and will continue to do so.  It’s up to us to give her exposure, gauge her needs, her hopes, and give her the confidence in who she is.  We are saving to go back to China sometime soon. Until then, we do things like celebrating Chinese New Year from across the world.
Happy New Year. It is the year of the horse. 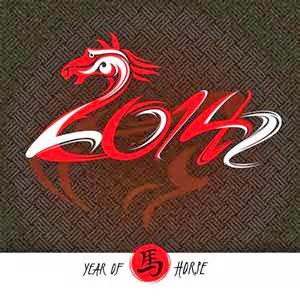