Run to 'The Sea of Tranquility’


“People who have never been through any sort of shit always assume that they know how you should react to having your life destroyed.”  ~The Sea of Tranquility, by Katja Millay 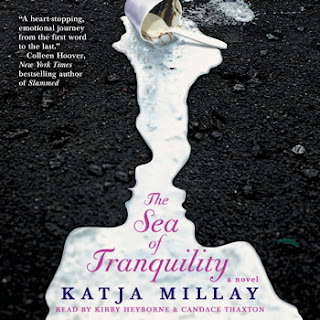 The Sea of Tranquility is considered a YA novel and is my favorite read of late. It’s a wonderful novel about reaction to trauma, and a main character who uses running as one of her modes of survival.  I had no idea the running scenes were coming when I started the novel, but the author clearly gets it when it comes to both running and writing.

Characters were multi-dimensional. The prose was fluid, the dialogue witty, the surprises sprinkled in perfect moments along the way. The author never mentions a gun without firing it brilliantly down the line. (Chekhov's Gun: "If you say in the first chapter that there is a rifle hanging on the wall, in the second or third chapter it absolutely must go off.")

All the guns go off blazing in this book, down to the last word.

In my never developed but should have been developed list of books that made me cry, this book would be in the top three. Yeah, I cried most of the last 10% of this one.

Here’s some snippets of running scenes from “The Sea of Tranquility” that I had to highlight:

“The first night I ever ran, I ended up throwing up all over my shoes. It was one of the best nights of my life.”

“…giddy with the thought of running out the past few days, pounding my aggression into the sidewalk”

“I want to tear down the road until I can’t breathe, until there is not enough oxygen left in the world to keep me from suffocating."

“…I have to run. It’s the only thing that keeps the frayed edges of my sanity intact.”

Finally, this quote really tore me up with its implications and I’ve been thinking about it ever since

“..the running helps. It gives me something, or maybe more accurately, it takes something away. I don’t care. I know I depend on it too much but it’s one of the only things I can depend on. Exercise, notebooks, hate. The things that do not let me down. I know my way around the streets now. I can pay attention without paying attention. I’ve memorized the ambient sound. I know what belongs and what doesn’t. I know where the sidewalks are uneven, where the pavement has been pushed up by the roots of an angry tree. My mind has learned what to expect from the night I run in.”

I’ve always felt running gave me something I needed, but the idea of it taking something away from me, and it becoming addition by subtraction, has stuck in my head on many a run since reading this gem.
at September 04, 2013