Would you be a bandit?

In my novel,  The Jade Rabbit, the main character is a marathoner who takes Sharleen,  a 18 year old homeless girl, (nicknamed the Ghost of Moonlight) under her wing during the last days before the Detroit marathon. They run together a few miles on the track, and Janice decides Sharleen would make a perfect bandit. Janice digs up an an old race number, pins it to her shirt, and has the little ball of spunk meet her at mile 20 to run alongside her for a few miles.

Had I been fast enough to be running behind her at that point, I don't suspect I would have appreciated this.  I kind of hate it when fresh legs jump in and out of a course. In some way, I'd rather they bandit from the start to the end.  Based on Sharleen's life story, however, and the fact she was trying, she should be given a free pass to Bandit for life, but otherwise, I'm on the anti-bandit side of the fence.

Am I just being a crotchety, 'get off of my lawn kids ' old man when I get a bit irked at fresh legs jumping in and out of the course?

It kind of crushes me to see someone jump in a course and start running free and easy. Sure, mentally I know their situation is different than mine, but it doesn't sit well with my legs, zaps me mentally. Not to mention that bandits take from resources and has to add to my costs.

Is there ever a time it's okay to be a bandit?
﻿
﻿
When I was in Boston, I learned it's a pretty regular thing for thousands of runners to sneak behind the official pack of runners and run the course. Google "Boston Marathon Bandits" and you'll come across dozens of articles.

There's a group called the " Red Snakes" who actually awards the boston bandits  with a special certificate As they cross the starting line, the Red Snakes chant, “Gombatte! Try your best!”

Um, no you're not the same as everybody!  You weren't invited, you didn't raise the funds (raising funds is harder than training, if you've ever tried)  and you didn't qualify. I worked for for Ten Years to qualify. That's a decade in scientific terms. A quarter of my life dedicated to getting an invite to the big dance, and you show up with shoes and you're in? Maybe you ran 26.2, but we got there different. You're doing a Paul Ryan, dismissing the achievements of those who did when you speak in these terms.

I'm not being all moral about this. I'm as subversive as the next guy. Fight the power. Elitists should wipe the arses of the poor with their silk handkerchiefs.

In fact,  I've been caught stealing once when I was 5... I enjoy stealing. It's just a simple fact.  When I want something and I don't want to pay for it.  I walk right through the door.  If I get by, it's mine. Mine all mine! 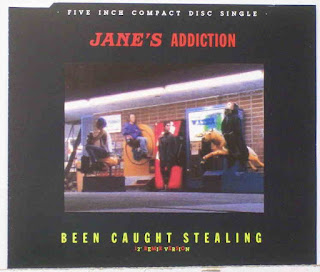 I also realize that, there's sanity in numbers and had I lived close by to Boston, I may have bandited as well. But what a waste it would have been. To think of all the character traits I built through the trials and tribulations of those ten years. Same as if I had taken a Lance Armstrong cocktail.

So, in this case, I'm the elitist.  and like any elitist will say, I earned this right, damn it, I did it the right way, I worked harder than you.  (Forget that I just may have had genetics on my side, or body type, or opportunities that others didn't, that I was maybe born on third base and didn't hit a triple.)

So, go ahead, fight the power, practice your subversions.

﻿﻿ I suppose if we all try our best and are good to each other then all will be well.

I am not a fan of the bandits and yet, last year, I bandit-ed(?) a race because my husband talked me in to it, as it was a race that he and his family had bandited(?) throughout their lifetime. I felt guilty the whole time, I refused on course support and got off the course before the finish. I never wrote a race recap and I'll never tell a soul what race it was. I know people who bandit lots of races and I even encouraged my friend to join me at mile 22 of a marathon once, just for a few miles, so as to lift my spirits, but I think my 'career' as a bandit is over with that one time. Having volunteered for many a race I know how much time and effort is put in behind the scenes and how every registration counts. I just can't condone the banditing, not even my own. As for bandits that go so far as to bandit Boston? I GASPED when I read the articles you linked to here! I can't imagine going to Boston without having earned my way.

Yes, there's a ton of articles if you look and I can't believe how widespread it is. I suppose if the marathon went through your backyard every year, you'd feel different perhaps. I couldn't enjoy myself, I'd feel everyone looking at me, and would be waiting for a grab on my shoulder to pull me off the course.

I would never be a bandit. Period. I would however run Boston through a charity and while some people don't feel that I earned it, I would feel I did based on running for charity.

It takes plenty of work, and is not nearly as fun, to raise funds for a charity. That's how I got to New York.

I wouldn't ever run a race I hadn't paid for. Is it 'banditing' if someone you know who's spectating sees you on the course and 'runs you in' for a while? When that happened to me I was so happy...I hope we didn't upset anyone with her fresh legs (mine were wrecked). Is it different when you're at the absolute tail end of the field?

I think banditing is mostly used to refer to those who sneak in at the start, or at least run a large chunk of the race, not just a small section. Even though seeing fresh legs at the end of a race feels to me like being starving and watching someone eat pizza, it's hard to begrudge when a loved one jumps in and out. Nothing like someones kids running the last few steps towards the finish line. I've also had someone run with me for a bit before. (the belle isle section of the Detroit Free Press).