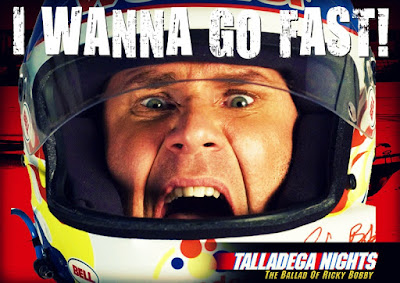 Well, I’m gonna tell you how.

Like pretty much every word written on this blog, there’s a better, more comprehensive list out there backed up by science, but I’m not an especially technical guy.  When I buy something, I save the directions just in case I need to refer to them later, but at first I have at it and go by feel.   I’d rather try to be the ball than take a golf lesson. Yes, I’ve learned the theoretical background of the major marathon training methods, but I try to learn all I can just so I can then forget about it and go by feel.

So, this post is not how to get faster as a long term goal, but rather, how to run faster, right now.  Meaning, if you are for some odd reason reading this as you are running, try them right now and see if they may help.

1. Power Songs – yes, we all have a few that really inspire us. Tap into them at those moments when you need some wind beneath your wings.

2. Turn up your music. I always keep it one notch below, until I need some power, then I blast it to 11. 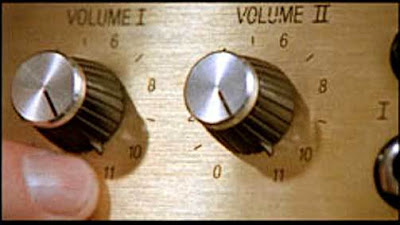 3. Sing out loud – Ah, unlike the first two, here’s one you may not have tried. Sing, Or lip-sync, and you’ll feel a whole new power to your step. I’ve been known to do this, and if you’re driving up and down 8 mile (yes, that 8 mile) you’ll probably see me mouthing the lyrics to some Eminem songs

4. Pretend there’s one of those photo-shoot guys waiting to take your picture and then sell it back to you for $79.95.
We run the fastest when our stride is the most efficient, and for some reason, I always run with the most ideal stride when I see one of those photo shoot guys on the race course.  When I see them ready to snap a shot I put the most determined look on my face and run with my best slicing through the air form possible, just so I get a good picture.

(I’m so vain: I probably think this blog is about me.)

Disclaimer: this won’t work if all you do is give a thumbs up, a wave, or if you happen to be the most photogenic runner-dude ever. 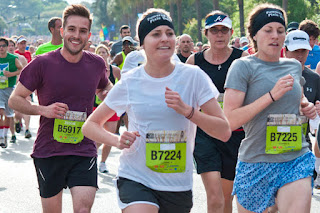 5. Relax your jaw – move it side to side, let it hang, almost like a yawn, and now watch what happens. Yep, the rest of your body will follow, all your muscles will relax underneath, and relaxed muscles run faster. (please don’t’ think I’m kidding here I’m not)

6. Talk To Yourself (and lie if you have to)- Bombard yourself with postives: you got this, it’s nothing,  there is no  tomorrow, it’s supposed to hurt, I’m fucking awesome, etc..(if you don’t’ have a tool box of mantras here, then you're missing out)

Or better yet, lie to yourself:  Promise your legs months off of running, say that you’ll stop running as long as you hit your next split, promise your legs food, wine, drink, or a 4 handed massage.

7. Stop Running.  Huh?  Stop?  What? Here’s the deal: So many times when I stop at a light or something, I end up starting back up again with a new speed, and going faster than I otherwise would have had I not stopped, and pass my imaginary self who had the powers to run through traffic. See the method for further explanation.

8. Swing your arms – pump your arms, especially during those last fifth gear sprints to the finish, and sometimes the legs will follow. Works best for short periods.

9. Pray -  When Conan the Barbarian was in battle he would often pray to Crom under his breath.  When Fred Flintstone and Barney Rubble were in trouble, they would ask for help from the Great Gazoo. Point is, you need a higher power to reach out for in your neediest of moments,   As long as you are open to the possibility of greater things happening with the right push from the right powers, then you do have a prayer. 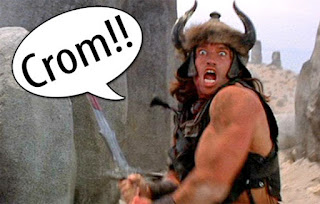 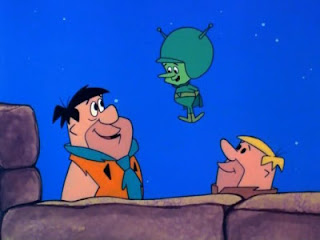 10. Get Angry – Works great for intervals for me. There’s injustice in the world, people are being killed by people while other people do little about it. Somebody has done you wrong, somebody has gotten away with it.  ARRGGGGHHH!!  When the God Crom didn’t answer Conan the barbarian, his response was: “And if﻿ you do not listen, then to Hell with you!” 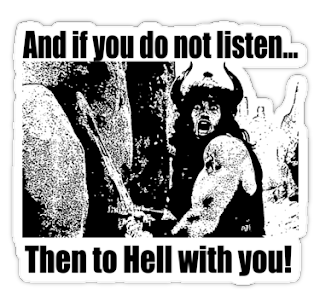 11. Grunt, Or roar, or make noises. Don’t worry, the bathroom fan is running and nobody can hear.  Back during my more extreme mountain biking days, I would let out a grunt at the top of a long climb.  I’ve been at the end of painful marathons, and grunted each time my leg landed. It is cathartic.  It releases something in your muscles and brings out the primal mojo inside. 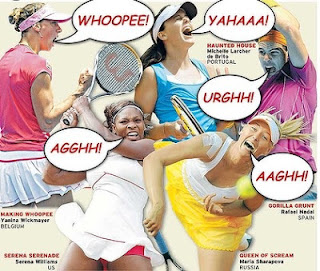 12. Blast out the gate: As soon as your run starts, blast right out fast. There’s something about starting your run off fast, right out your door, right off your front porch. It sets a faster baseline of running that the rest of your run may reset to over the next miles even when you tire.

13: Take off your shoes – yes, this for you, barefoot and minimalist.  The lightest shoe possible for me has always been the fastest shoe, so run in as light as you can get away with while not wasting yourself for the last miles.

If none of this works, you may have to actually do it the old fashion way and refer to the instruction manual. The manual says you should mix in some intervals, maybe 800 meter repeats and mile repeats and tempo runs and hill work, along with the obligatory  random fartlicking. All of this in doses, so you don’t hurt yourself.

In summary sing your power song out loud after you turn it up to 11, sprint out the front door wearing light shoes, grunt or pray when need to and stay pissed at the world, knowing that you can stop at a light and relax your jaw if you have to. 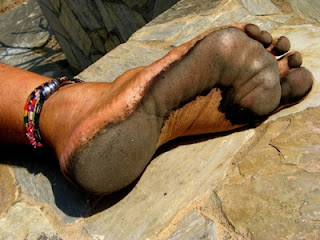 Email ThisBlogThis!Share to TwitterShare to FacebookShare to Pinterest
Labels: barefoot running, conan the barbarian, crom, galloway method, how to run fast, minimalist, the great gazoo, this one goes to 11

Galloway method is how I got through my first half. I found it to be slightly detrimental when I did my second race because I felt like I had to walk. I still walk in almost every race at some point (or several) but less and less each time.

A great list that science may not appreciate but I certainly do. Angry running is especially useful because eventually the endorphins soften the emotion and you finish in a much better mood...or ready to end a relationship.

yes, I've heard that once you take walk breaks, it changes your mentality. I've been using more and more walk breaks during recovery runs as I get older, and when it's hot through aid stations.

Damn straight on the endorphins. Either it doesn't matter anymore or you're ready and energized to move on.
(um, back to your post. Is it C?)

Praying is the only thing that's going to help me this year.

#4 cracked me up and made me literally laugh out loud. Great list :-)