What It's Like To Be Sober And Running Over The Holidays

You’re starving, your stomach is empty, growling like a hungry tiger, and you just finished a 15 mile run. You haven’t eaten a thing in hours, and your house is full of the scents of a pot roast, pizza loaded with toppings, or barbecued ribs melting off the bone.  Your mouth waters and you sniff the aroma deep into your lungs hoping it fills up your stomach. It doesn’t. You’re hungrier than ever.

Got that?  Well, that’s what it’s like to be an alcoholic around Christmas time, except the air is full of vodka and beer and wine and rum, and there’s little devils on your shoulder in the form of family drama and stress and finances and black Friday ads and tangled Christmas tree lights, all whispering in your ear asking you to partake in some holiday cheer.   Just look around. You can’t throw an olive in the air without it landing in the martini of a holiday reveler.

Trying to navigate through the holidays being newly sober is tap dancing through a minefield. It’s begging for trouble.  It’s the Lion laying down with the Lamb, it's, it's, it's..…. ‘gulp.’

When I first got sober, the whole idea of staying sober for even one day was anathema to my existence. It was not in my reality.  It was like asking a fish to fly or an eagle to swim.  To live without drinking wasn’t going to happen. I’d rather not live, in fact. But the drinking didn’t kill me quickly, only made my insides bleed out ever so slowly, so something sparked and I started to believe in miracles and that I wasn’t born to die this way. 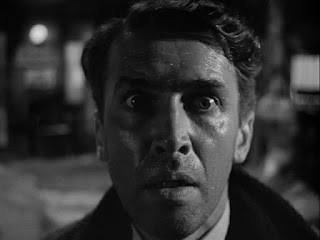 Yes, holiday cheers means cheers. Not only on Christmas day itself, but all the parties, all the out of town friends who are back in town, all the bars and uncomfortable situations that came with squeezing family together closer than usual.  Family may be the main source of Joy during the holidays, but it is also the main source of stress and drama and all that baggage you’ve been dragging around for years. Boy, you’re gonna carry that weight a long time.

All of that and facing it stone cold sober without social lubricant.

That is Nucking Finsane. That’s getting a wisdom tooth out without anesthesia, and that’s just not fair.

Of course, once you focus on “one day at at a time,” the miracles happen down the road and you get to the point where ‘not drinking’ come as natural as drinking used to, there’s not enough time in the day to do all that you want to do, but this takes a while to evolve.

Especially with Christmas. Christmas was drinking for me. They were equivalent. The joy of Christmas was the joy of drinking. They were one in the same. Whatever spirits you could suck out of a bottle was what Santa brought you, and the birth of Christ and possibility of salvation was a cold case of bud-lite and a full evening ahead.

New Years Eve was the time to not only drink but contact the local dopeman and order a bevy of supplies, since sick and suffering folks like me could blend in a little more with the weekend warrior addicts and alcoholics.

So, if just being awake is a trigger to drink, then being awake and conscious during the holidays is aiming the trigger right smack up into your open mouth. 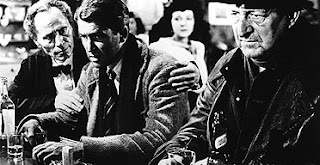 When alcoholics watch others drink in a manageable way, it simply does not make sense to us.  “How the hell do they do that? Put a drink down before it is finished? finish a drink and not keep drinking? walk away from a table with a beer half empty?”  It doesn’t make sense and never will. Imagine watching someone just suddenly walking up the side of the wall and then onto the ceiling. That’s what it’s like for me to see someone walk away from a half full drink.

But today instead of having envy, I am grateful. Grateful for where my recovery has taken me, that my fulfillment doesn’t’ come from the bottle, and I don’t need to drink just to tolerate my own pathetic self, and I’ve become grateful that I can handle cravings easy as blinking an eyelash. Yes, they are still there, but in a sense, it is helpful to still have them. Just reminds me that I’m still an Alcoholic and can’t drink, because if I do, I’m not stopping. Cravings I’ve come to take as second nature, but they are immediately squashed and sent back to the hell from whence they came.

But this confidence wasn’t always there, and the first holidays of my sobriety I decided to ‘just get by.’  I just figured if I woke up on January 1st and I had stayed sober this was a success.

But just ‘getting by’ isn’t staying sober.  White knuckling leads to ‘regretting’ that you can’t drink. Sitting on your hands and watching others drink, and letting yourselves ‘envy’ them is an invitation to end up with a pile of empties and a pile of remorse. And if you are just enduring then you aren’t really learning how to enjoy life sober, how to deal with life on lives terms, and how to grow to the point where you just don’t need to drink.

Having an escape route from a holiday event is so important.  Not just in case you feel you might drink, but if you are not having a good time, and are ‘resentful’ that you can’t drink, you’re in a bad spot. Get the fuck out of there, bail, leave, make a scene or slip out quietly. They will miss you less than you realize, but they will notice you more than you feared after you relapse, and the misery will come back with extra vengeance.  Expectations for holiday fun that go unrealized can cause huge resentments as well.

In other words, wear a parachute to Christmas parties so you can jump, and expect nothing and you won’t be let down.

I used to rely much more heavily on AA to get through the holidays. I have left a thanksgiving party early to go to an AA meeting, I have gone to a Christmas ‘alcathon’ which, if you are not a friend of Bill W., or an enemy of his (since they know just as well) these are meetings that occur around the clock, every 2 hours during the holiday season.

As time went on, and as my natural highs grew ~ and by natural I include spiritual highs ~ the idea of drinking left me. It didn’t’ happen the first Christmas, didn’t happen the second, but by the third I could look forward to each event with confidence and got to experience some real joy of the holiday season.

These days I often rely on my runs for my highs. There is something special about a holiday run. I feel lighter, the world feels more alive, the streets are a bit more clear, and my legs feel more energetic, fresh, and crisp.  A Christmas Eve or Christmas morning run is the highlight of my season. I run through the streets like George Bailey screaming ‘Merry Christmas’ to old man Potter. 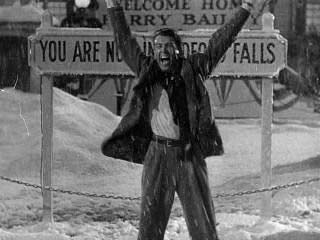 And as a symbolic gesture, I like to get up early on January 1st, probably only an hour or two after the time I used to go to sleep/pass out, and put in double digit miles before the new year is ten hours old.

Christmas memories are often filled with runs, and one Christmas day trail run remains imprinted in memory. Snow was coming down in big, fluffy flakes, floating ever so slow but thick, making everything a perfect powder to run through. I ran through the trails, the green trees full of fluffy white, visibility hampered by huge cottony flakes, and came home with frozen red and smiling cheeks. Christmas day churches don’t’ always have pews and parking lots.

This year, I plan to run with just as much fervor. Grateful that after years of drinking and drugging and chasing a dragon who I nearly caught, but if I had, it would have killed me, but now I’m chasing a whole new high, full of joys and love and sugar and spice and everything nice, and I do catch it just enough to know that’ I’m loving life.

I did not forget how to run after not doing so for many years after a pretty successful track experience in high school.  And I have not forgotten how to drink despite not doing so for the last 20 years. The urge to do so still exists in my gut, I still feel the tug of a shot of liquor in my throat, and I can’t watch somebody do drugs in a move scene without feeling an electric shot in my spine.  But I’ve come to learn how to enjoy life without it, thrive without it, and the holiday season just magnifies how the natural high of running helps me to get the most joy out of life all year long. 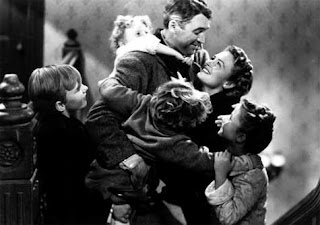 Email ThisBlogThis!Share to TwitterShare to FacebookShare to Pinterest
Labels: 12 steps, aa, alcoholism, NA, recovery in the holidays, running and addiction, Sober over christmas

Congrats. Positive piece. Share with your AA group, too.

I know how you feel to a point. I am not an alcoholic, but it took me twenty years of not drinking to realize that I could have a beer, a drink and walk away. I am glad you are taking it one day at a time.

Keep up the good work Mark. And have a great holiday and Happy(sober) New Year. And if you need company on that New Years Day run, I'm in.

Thanks! (and to you above too, but I think you're the same anonymous person.)

Thanks Jeff! yes, I know you are an early runner.
We tried to meet once but I was late.

This is a post that could help a lot of people who are in a similar struggle but maybe not as far along the path as you've come. Thanks for blazing such a beautiful trail.