The Disney Movie is a Testimony to the Power of Running a ? Here's How: 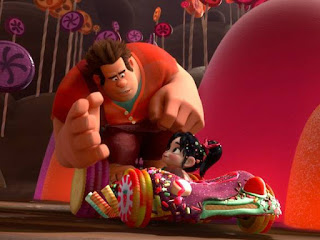 While Wreck-it Ralph may be no Toy Story, it has the imagination, wit, and message that will stick with you. That message has a special place for me as a marathoner.

Ralph is the bad guy in a video game, but gets tired of being villianized, so goes 'turbo' and leaves the game to try and forge a new identity. To be recognized and validated by the other characters who habitat his game, he first has to win a medal, any medal. And on his adventure, he meets Vanellope Von Schweetz, the coolest character of the movie voiced by Sarah Silverman in a perfect fit.

Somebody, somewhere watched the move and saw the story of two marathoners. I know I'm not the only one.

First there was Ralph, who, in turning over a new leaf and forging a new identify, first needed to win a medal. How many marathoners haven't felt a glorious shift in identity, a shedding of their snake skin, when they've received the medal around their neck at the end of a marathon or other running event?

And then there's Vanellope, who's whole existence is threatened if she's not allowed to participate in a race. She's been banned from racing, and to get a chance at winning the race and crossing the finish is not only her dream, but the only way her character can go on since she's considered a "glitch." A glitch is like the Leper of the Video Game world. Ralph becomes her mentor, her big brother, and almost a daddy figure as he decides to help her reach her full racing potential (and in doing so becomes the heroic figure the medal would suggest.)

Yep, Vanelllope needs a race just to confirm her existence, which is pretty much what every marathon means to me. Every event I've ever run has been me trying to prove my worth, find out what I'm made of, silence the inner voices that says, "you suck". It's the arena I prove myself in, and I couldn't help but remember my own long journey to qualify for the Boston Marathon as I watched the wit and wisdom of Vanellope and her journey to make it across the finish line. Her battle was to get to the start of a go-cart race in the video game Sugar Rush, mine was to make it to Hopkinton and run to the gold and blue Marathon finish line. But I am Vanellope Von Schweetz. And for many years while I tried to qualify for Boston I felt like a glitch, but ten years later I finally hit my qualifying time and felt like king of the world.

If you're a marathoner and haven't seen Wreck-It Ralph, I'm thinking this message will be in the back of your mind when you do. And at your next event, you'll either get your medal like Ralph and come to peace with your place in the universe, or you'll find out your secret true and glorious identity when you cross the finish line like Vanellope.

As for now, I’ve decided to put myself on cruise control for the next weeks, heal up some injuries, and come January start to train harder for maybe a spring half-marathon (Grosse Isle) and Full Marathon, (Lansing?) and then run the New York City Marathon next fall pending the looming decision of the New York Road Runners.

For some this would work, but that’s just not how I usually roll. Much of this was done in an attempt to not lose my endurance between the and marathons, but I’m thinking doing all these 20 milers wasn’t the way to go. (as was kindly suggested by a future Olympian Trial Runner).  Best to have done maybe some generic 2 hour runs in the months between.

I figure if I just keep trying and stay true, lilke Vanellope Von Scweetz, then a Wreck-It Ralph will come along to help me stop feeling like a glitch, and I'll make it to a finish line and a medal just fine. 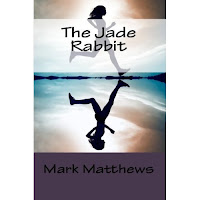 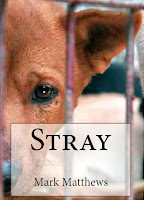 Oh Man! Now I wish I watched the movie. I dropped off a bunch of my kids (with older siblings) at the movie last night and came home to make dinner, do laundry, and be responsible (I have been a single mom all weekend). I am a sucker for Disney and I love your marathoner analogy. Can't wait to watch it now.

I think your plan of taking it easy for a few weeks and healing up and then easing back into training is a smart one. If you need any help/advice I would be happy to be your Wreck it Ralph (although you certainly are NOT a glitch).

I REALLY want to see this movie!

i too want to see that movie and now that i've got ur running sub-themes in my brain i'm even more into it.... hehe. :) and it's so true, we race (and run hard) to feel alive and at least for me to know that i can hurt more than most people. i was talking about this with my friend on a run yesterday, it sounds kinda egotistical but i just think runners are 'better.' wow, but hold on, i mean we can make ourselves do things that 'normal' folks can't and getting thru that hurt really does feel like proving ur worth. great post.

as for ur training, i am on the same wavelength as u...recharge, get fully healthy and then play with less 20 milers and see how those legs feel a little fresher.
PS- i see u've switched back to red up there, pink not ur style ?? :P