"Never mind I'll find someone like you,
I wish nothing but the best for you, too.
"Don't forget me," I begged,
"I'll remember," you said.
Sometimes it lasts in love,
but sometimes it hurts instead."
~Adele
﻿
﻿﻿ Yeah, after training for the New York City Marathon and then having it canceled, and left with no marathon at all, I'm feeling like the sad sort of angry recipient of a hurtful breakup. I'm eating comfort food, wearing pajamas all day long, and waiting anxiously on any message from the New York Road Runners.

Yesterday they wrote me and I clicked with the excitement, hope, and desperation of getting an email from a lost love. The message said thanks for the time and space while they make a decision. True Story.

"My therapist said not to see you no more
She said you’re like a disease without any cure
She said I’m so obsessed that I’m becoming a bore"
~James
Got to move on, but I'm torn in looking for another marathon. There's some injuries to heal in my legs, and my broken heart, but I'm all relatively high-mileaged enduranced-up, and to not tap into that is a missed opportunity.

But any other marathon at this point seems like a cheap substitute. Like a rebound after a bad break-up that just isn't like the real thing. Can't be. And we all know what happens with rebounds; Feelings develop. People get hurt. Better to take some time to heal perhaps.

There's the urge to sow my seed and run a slew of late fall marathons, but that means travel and I can't be doing a destination Marathon again. Closer to home, there's the inaugural Groundhog marathon on February 2nd in Grand Rapids. There's some spring marathons in the area like the Martian Marathon, Lansing Marathon, A Running Fit Trail marathon.


'So the eagle flies with the dove,
and if you can't be with the one you love,
honey, love the one you're with'
~Crosby, Stills, & Nash

Hmmm. Maybe it's best to turtle-up and commiserate and rent all the break up movies I can find.  Here's some shots from some of my favorites.  Not in order, except for the first one, which is my favorite.

*Mike: How did you get over it? I mean, how long did it take?

*Rob: Sometimes it still hurts. You know how it is, man. It's like, you wake up every day and it hurts a little bit less, and then you wake up one day and it doesn't hurt at all. And the funny thing is, this is kinda weird, but it's like, it's like you almost miss that pain. 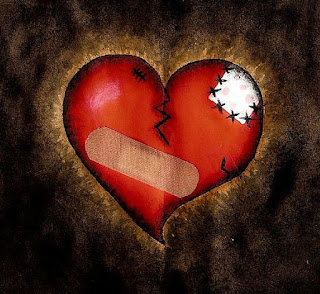 ~For a more serious discussion of the Marathon, see these posts below:
NYCM Under Assault
Learning To Face The Path At Your Pace
NYCM~ The Year Without A Santa Claus

I can't imagine doing the full at the Martian. There's so much flat, boring road running. The half there almost drives me bonkers, and I can't imagine 26.2 of that. From what I've heard it's almost completely spectator free from 7-18, so if you really need or would like a lot of time to yourself, go for it. You'll need your headphones.

I agree. I would never do the Martian full and probably never even the half again. B-O-R-I-N-G.

I say move on. Forget NYC (until next year) and find something else to use your tapered-ness on. :) I actually usualy enjoy the smaller races I do much more than the big ones. More focus on running and less focus on hoopla.

And funny side note- I tell Josh (who I have been more than happily married to for over 16 years now) that he is my rebound guy all the time. He was! Sometimes rebounds work out. :)

Yes, I agree on The Martian Marathon being boring. I ran the half and thought how boring it would be to run the full, which goes to my point that it just wouldn't be a good substitute for New York. And yes, a small marathon like Grand Rapids was a great time.

How about blowing through a half or even a 10K?

Gosh, some of those movies are my favorites. (esp. High Fidelity & 500 Days...)
Look how thin the guys in Swingers are.

Great post. Love the music and movie refs. Find another race and kill it!

umm, i heard the real reason they cancelled NYM was because all the men didn't want to cede victory for u, so they hired this Sandy chick to get the whole shebang cancelled. ;)
but in seriousness, sucks about the marathon, but smart move on letting the body get totally healthy and then tackle the next challenge. take some time and figure it out...until them forgeddabout those NY road runners. ;)