As I write this, I have a dozen medals strewn about the house. The only one I am sure of its whereabouts is the marathon medal. The rest are tucked up in my closet somewhere. Others are in the basement in the pile of kids toys, a couple probably on the neck of some Barbie dolls. Others have been the wrecking ball for a pile of lego towers.

I do love the moment when I get the medal. It is one of the most glorious experiences a human can live through. That utter and extreme exhaustion and sense of desperation to get to the finish line ~ I’ve often imagined the medal is a high-powered magnet and my chest made of unique metal, being pulled to the finish by near super-natural forces.

And then when I see the medal person after the finish, my fondness for the volunteer is tremendous. If the medal-giver had hair like the heat-miser, lightening bolts sprung forth from their heads, and the birds chirped the song “hallelujah”, it would be a less glorious moment than it already is. I want to hug them, kiss them, and fall into their arms in a sweaty, slimery mess. When I die, the faces of those who have given me the marathon medal at the finish will certainly flash through my eyes. 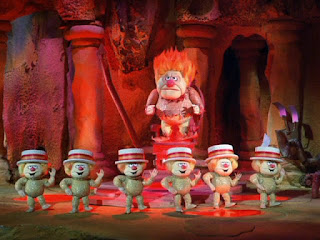 But I don’t tend to cherish the medal. Some of my reasons;  It is something I never wear other than for a few minutes after the event since it scratches my neck pretty quick and hangs a little heavy. I have enough baggage.

And of course there’s the curse of, ‘Everyone gets the same medal.’  Yes, you earned it, but to use the same term for what you get in the marathon as what you get for finishing in a the top three doesn’t fit. *Ducks, cause I’m certain someone's throwing a shoe at me or something*

I realize that the greatest triumphs of the human spirit exist not in the front of the pack, but much farther back.  The challenges of runners who finish in twice the time of the elite runners are often much greater, and the stories of miracles are  more abundant in the 5 hour finishers than the 3 hour finishers. I’ve seen many first hand accounts of this.  But I think the rewards for this are not in the medal.

In fact, my oldest daughter indirectly agrees. When I come home from a marathon, and show her the medal, she always says something like:

“Did you get first place?”

“Um, no dear,” I say, head to the ground, superman status squashed, “I got the same medal they gave everybody.”

My youngest daughter, on the other hand, who stayed home with her grandmother while I went to run the New York Marathon, was very excited after I had promised her that I was going to to win her a medal.  Yes, she understood it was canceled, but a few days ago, three weeks after the event, she drew me a picture about how her Daddy “won her a trophy.”  (Sad face here).  And now I have learned that the New York Road Runners are handing out the 2012 medals to those who were registered for the  New York City Marathon.   I can’t be giving her a medal I didn’t earn.

Maybe I just need a medal display holder like my buddy Jeff at Detroit Runner.

Without a medal, there couldn’t have been that extraordinary ending to the movie St. Ralph.  A must see movie for any marathoner.

When I finished the Chicago Marathon in 2008, which I ran to raise funds for the American Cancer Society to honor a family member who had been stricken, I presented the loved one with the medal upon arriving home.  The moment had meaning for both of us.  (He is now a cancer survivor with 'No Evidence of Disease' ~ no correlation of course)

But for myself and by myself, the medals just don’t mean as much.  However, I do LOVE me some event shirts.  Love them.

Race event shirts are conversation starters when I see folks on the street wearing them, and I take it as a free invitation to start chatting.

“Hey, you ran in 2006?”  I can say out of nowhere in some airport during a layover. I can recognize the shirts easy in the pile of dirty clothes and pick them out quick. The high-tech feels great, and my kids love to use them for pajamas

In fact, many of them, even thought they are perfect for running in, I refuse to so they don’t get that permanent sweat stink.

I’m also a sucker for a jacket. Before I ran my first , I always admired runners wearing Boston Marathon jackets. They were part of a gang I wasn’t cool enough for, the fraternity I rushed but didn’t get accepted into, and yes, runners who were just faster than I.

Now that I have my jacket, I only wear it to run in, since it has that permanent sweat stink, and besides, 2010 was an ugly year for the Boston marathon Jackets.  The 2012 New York Jacket was going to be my ‘wear more often’ one, but we all know how that story goes...

And I also love that moment where you take your bag of goodies from the expo back to your house or hotel room to see how creative they can be.

A sample tube of 'on the go' tuna? Oh yum, perfect for race day

Coupon for my race- time tattooed on my arse cheeks? Give me two of those. 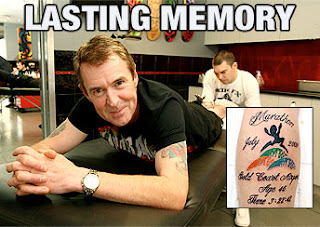 Four dollars off a Bass-o-Matic fish blender?  “I’ll never have to scale, cut, or gut again!!” 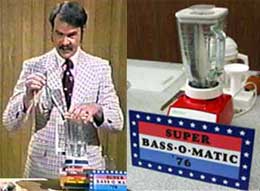 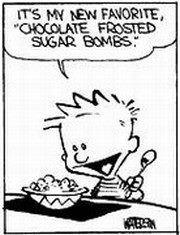 Yes, you could live by wearing the clothes you get in the goody bag and eating the samples.

But not forever. My old cotton shirts from over ten years ago have become stretched out and their necks are ragged. I barely wear them any more since I have the more comfy modern shirts.

But even my recent shirts are wearing down, getting tiny stitch marks in them, permanent coffee stains, and just the general yuck from being worn weekly and washed just as much,

Yep, those shirts aren’t permanent and won’t last forever. It’s too bad they couldn’t give us something more everlasting made of tough, raw material to highlight the incredible life-changing accomplishment of finishing a marathon.

St. Ralph is one of my all-time favorite movies. And I remember the first time I heard a blogger complaining about not getting a medal at the end of a 10k ... it surprised me when, in hindsight, it shouldn't. I can see why they are now so prolific.

As I've said a few times, I'm on the fence as far as the medals. I don't see the need for them in 5 and 10K races. Then again, my Turkey Trot medal from this week was more earned by finding parking and not having a nervous breakdown about having to slowly walk to the finish line because of the crowd than it was about running the 10K. It's a pretty nice medal too. I don't know. I love them, but I hate the clutter and how useless they are. The environmentalist in me hates them too. Yet, somewhere inside there's a lazy blob voice that gets overruled by the voice telling me I'll get a sweet medal.

Hey my trail marathon medal is a great reminder of a tough and happy time. I need them as reminders.

That's so funny that you picked a photo of the Gold Coast Marathon for the tattoo voucher (I don't expect you've been to the Gold Coast but it wouldn' surprise me AT ALL to have a tattoo parlour as a sponsor). Great race though!

We are providing soft and best quality shorts shirts and trouser click .
sale on Badger Tees