'The Fall Will Probably Kill You' - NYCM Pondering

This weekend was supposed to be my last long run, the culmination of my marathon training where I try to nail a progressively faster 20-plus miler and then go into my taper with a warm glow and confidence oozing out my pores.

Didn’t happen. Instead, I looked at the forecast and saw 70% chance of rain both days, thunder and wind, but Friday was a perfect 50 degrees and sunny, so I was able to swing some paid time off work, and took the afternoon getting paid while I did my last long run.

Yep, I’m no longer an amateur; I’m being paid to run.

Started off slow as can be, forcing myself to hold back. Still, my legs were feeling sorer than they should, and you just never know when you’re going to be able to blast the last half of a long run. It all seems so random when your body will respond sometimes. A mystery.

So nice when that switch does go off, when I feel myself gain energy the more I push, rather than times where the more I push, the more my legs push back and resist. When things are going well, it gets to that point where I’m not really even running anymore, but instead I’m just riding on a pair of legs who are doing their work and seem dead set on keeping their pace.

Of course, with this runner's high, I then start doing my most quirky of running habits which is singing out loud to my ipod. I tend to lip synch or sometimes break into song when I’m really in my running groove at these later miles. It’s like I am in 7th grade again with a hairbrush in front of the mirror pretending to be Steve Perry, only now I’m busting out and pretending to be Jack White, James Hetfiled (Mettalica) Eminem, Elphaba from Wicked (Defying Gravity), and yes even Neal Diamond.  I’m summoning their spirits, rocking my legs, and cruising through the sleepy suburban streets with my body on fire and oblivious to the seemingly dead souls around me.

Now its time for the taper,

Taper: the time of rest and slowly dwindling training so that  you can spend all of your energy worrying about things that one can not change.

And I have the specter of to worry about.

is so massive, especially the marathon start which is like being sent to a military compound with stages and colors and quarantined areas.  Just getting there seems so mysterious. In fact, I think you get there by taking the subway at platform Nine and Three-Quarters. 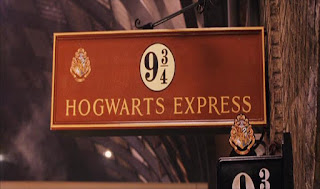 morning is precious to me, I have routines, see. I need my coffee and my peanut butter sandwich and shower and shit (yes, especially that last one) and a bit of personal meditation time. Instead, I have a 6 am bus to catch, and then I have to wait over 3 hours until 9:40 to start.  (Fortunately I am in the first wave.)

I don’t think I’ve ever pooped in a port-a-potty.  The smell, no sports page to read, people waiting for you in line, all those plastic doors slamming from the line of potties all around you…. The pressure.  This is harder than the run itself.

And then there’s the run itself.

, , , it’s all the same street. I realize this.  26.2 miles is the same wherever you go.  But this is , the Gotham of cities, the home of artists and American Psychos and Woody Allen and, of course, the soup nazi.  I will probably do something wrong and be denied water on the course.

I can see it now, the Aid Station Nazi.

Just saying the words ‘New Yor’k is  supposed to make one intimidated.  I am sure my hometown Detroit Tigers feel they don't stand a chance of beating the Yankess at Yankee Stadium. (beating them in 2006 and 2011 must have been flukes)

Every New Yorker I know walks around saying “Yeah, my names ‘such and such and I’m from ” like they are a different species and naturally cooler, more interesting, and of course, much more aware of things like how to bagel-up, take a dump and have an empty bladder at the military marathon compound of race day morning.

There are UFO's over New York, and I ain't too surprised.

What if John Lennon's ghost appears to me, as I am sure he will. He’s been waiting for my arrival. Just in case, I put Instant Karma into my playlist.

Yes, I will of course have battles back and forth worrying about my training.

*I haven’t run enough weekly miles – a few 40 miles weeks tops.
That’s what you have always done, says the voice of confidence

*Maybe I have run too many long runs,  six 20- milers since July
You kidding? A dream come true, this is what you were looking to do and you did it

*I did my last long run way too hard.
You only ran the last 8 hard, and you have 22 days of taper

*That mole on my back is cancer?
Early detection is the key

What I come back to is Don Kern of the Grand Rapids marathon and his dialy mailers. He told this story on how he calmed a runner so worried she was crying the night before a marathon.

I jumped off a bridge in .  Don't worry.  I was connected to a big rubber band.  As I stepped off the platform into thin air, I discovered something in the next half-second.  There was nothing I could do.  Either I was going to die or I wasn't.  After that, my mind totally changed modes and I was focused on the experience, the fun, the adrenaline, the sensations.  IT WAS GREAT!!
-------

Yep, and here I am, ready to leap into the water below me, not sure if I can swim but ready to jump.  Sure I can worry all I want  but that’s silly, because, in the words of Butch Cassidyy  “Are you crazy?. The Fall Will Probably Kill You” 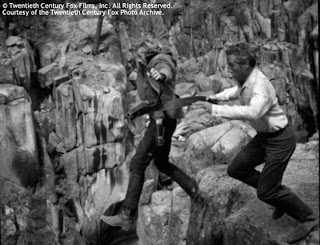 Read "The Jade Rabbit" - A story of a miraculous marathon run
Read "STRAY", Now only $2.99

Hi M&M. You're too awesome to worry about all this! I'll get to NY mary one of these days. And it's gonna be soo fun!

Think of it this way. 3 hours to clear the intestines should be enough time. :0)

So...the worrying is normal...check... now I'm just looking forward to the eating chocolate and all other fun stuff you can do AFTER for the race taper :)