Your Dog On The Cover Of A Novel

Your Dog's Picture On The Cover Of Stray, The Novel
One of the joys of being independently published is you can make your own cover, change your own cover, and pretty much scribble whatever you want all over.

The initial cover of my novel STRAY was a strung out heroin addict, fixing up with a needle. This seemed a bit too alarming, and even made some label it occult horror.  Lots of suggestions came in to switch the cover, and since this period, a steady stream of dogs have graced the cover.

When I changed it recently a friend whimsically suggested I put her rescue dog on the cover, a dog who had actually spent some time wandering around 8 mile.  So, what a cool promo.

Your dog on the cover of STRAY .  Stray traces the harrowing paths of addicts at the West Oaks treatment center, the stray pets at the next door animal shelter, and the caregivers who serve them both.  And, if you are interested, the the kindle Version is free  today and tomorrow on amazon as part of the Amazon Prime promo. (June 7th and 8th only).  Interested in a mish-mash of reviews? Click here.

First, you should know that the novel does contain some dark scenes of drug addiction (yet not nearly as dark as the real thing). There is also one scene where a dog is hit by a car, and it deals with euthanasia that happens in many shelters. However, ultimately, the novel is about the power of redemption, salvation, and yes, many animals are rescued in a unique and freeing way for both the rescuers' and the pet rescue-es.  (but no spoilers).

Feedback from those who work with rescue dogs has been tremendous. I  spent 100 hours in a Detroit area humane society and did hours of research into the subject matter.

By the way, it is based on a true setting.  As for the rest of the events?  Well, they are also true, even if they didn't happen.

So, If you are interested, email me a picture of your dog, include the dog's name if you want that included, and any background story (such as if they were a rescue or shelter dog.)  Maybe include more than one photo.  By sending the photo, you are allowing me to use it on the cover for both the print and paperback version, for 2 -4 weeks, depending on the response. 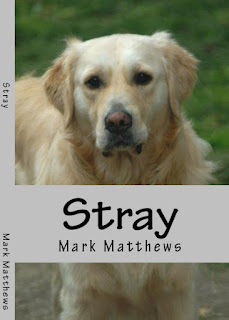 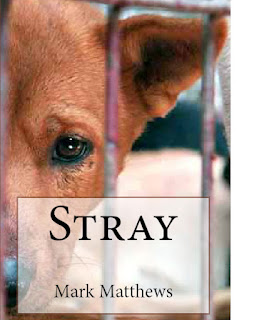 Love this! (And LOVE the second cover above. Very moving). We have a black lab we got from a shelter but she is in the proverbial dog house for rolling in the neighbor's cow fields AND getting sprayed by a skunk in the same day. :)

Well, when the lab gets out of the dog house, and he takes a few baths, he should be on the cover.

Yes, I like the second cover too. For some reason, Amazon started rejecting it. The image isn't clear enough, but it's supposed to be just slightly fuzzy for effect.

dude, awesome idea for the cover and fun opportunity for some lucky dog owners!! :) ahh, the freedom of a self-pub!