On June 17th, the Inaugural Ann Arbor Marathon is set to take place. Yes, that’s right, I said , and I said June 17th. Unique date, unique place, and I was so geeked when I heard about this, I signed up within hours after registration opened. I expect to get a single digit racing bib. 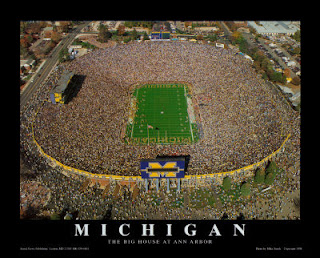 Well, No good deed goes unpunished, and from what I have seen, heard, and read, The Champions for Charity has received lots of grim responses for bringing an inaugural marathon to .  The main concern is the date they chose, with other complaints about the actual course  For example, this message board on the news announcements is full of negatives.

I am not sure how widespread the negative reaction has been, but recently they felt the need  to draw attention to a section of the FAQ  titled “How did you decide on your date--were you concerned about Dexter-Ann Arbor races being 2 weeks earlier and heat in mid-June?


I don’t believe it is lost on Champions for Charity, who has been putting on major events for years,  that this is not the ideal time of year to run a fast 26.2 mile race. Their answer on the FAQ explains their reasons. The fall has a ton of area marathons, , , , G, and they would also be "hostage to the U of M football schedule" trying to schedule it every year.

As for a spring marathon, May is loaded with major races, K, Midland, Bayshore, and there is also the Martian Marathon.  And with respect to the Dexter to A half marathon, a very popular, beautiful course,  they offered it respect by choosing after this event rather than before it.  While 13.1 miles two weeks before a marathon seems a near perfect training run, (some may be even able to race it and be ready to run the Full), the other way around isn’t true. Meaning, you can’t run a marathon and then enjoy a half-marathon 2 weeks later. Well, unless you’re a running god-like freak.

In other words, scheduling it before Dexter A would have been met with major blowback and upset the whole running community.

All this might sound like I’m in the PR department of Champions for Charity, but all I'm hoping for is to put out some positive feedback, some grateful electric Karma out there, and hoping it gets blown the Ann Arbor way, just to make it a fair mix. I suspect this is largely a case where the complaints scream much louder than those who are content and excited.

Sure the course zigzags and outs and backs too much, and there’s that lame bit around briarwood mall, which isn’t A but suburbia. And sure it could be hot enough to make you drop to the ground and faint.  I think all of these concerns are valid, and every marathon has things we worry about. That’s part of what makes them so great, the mental concerns leading up to the event that nag at your tapering brain.

For me, the hills of the course are the story. 525 feet of gain, 300 more than B, with a nice mile long climb starting at mile 23. So, if you are running this race for a PR rather than just the experience, well, I’m thinking you should have another one scheduled in the fall, keep it in your back pocket, just in case.  For me, it’s a warm up before the New York Marathon in November.

But damn it, they brought a marathon to A.

The experience is what I am looking forward to

I want to walk up to the Big House and Feel the excitement in my gut I have felt so many weekends before. The same place I've walked to so many Saturday afternoons to see Anthony Carter, Harlan Huckleby, Desmond Howard, Jim Harbaugh, and that other pretty good quarterback icon, Tom Brady.

I want to soak up memories from the city with my run-intoxicated brain, and see my previous life flash before my exhausted eyes. I want to run along riversides and duck into parks like the arb, and duck back out past classes where I learned astronomy from professors who canceled class on sunny spring days if we promised to stay quiet. I want to run by classes where socialist professors walked in late due to organizing graduate-assistant protests, and run by the lecture halls where Ralph Williams dazzled crowds teaching the Bible as literature with a hypnotizing smile, or Professor Rabkin taught Fantasy and Science Fiction and introduced me to The Phantom TollBooth and Where The Wild Things Are with a new child's eyes.

I want to add Bob Seger, Iggy Pop, and the Stooges to my playlist.

I want it to be 85 degrees, and to have my sun-baked head be deliriously bent up, to see mirages on the horizon and to battle not just the miles and hills but the environment, and then run by some bars at 6:45 am to see some poor sap who just barely made it out of the bar last night before he fell and slept in his own vomit.

I want to see the ghost of Shakey Jake, wearing sweet-ass suits and his guitar case carrying an always out of tune ax.
I want to smell Blimpy Burgers, Zingermans,  the West Quad dorm food, and some left over hash-bash fumes in the air. 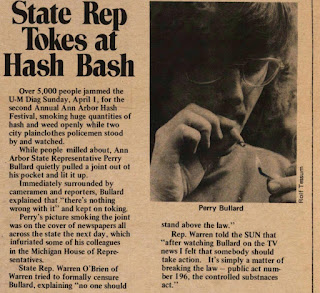 I want to run through the city streets where I once stumbled, with cars cleared, aid-stations before me, and thousands of new friends, all to add to some already great memories.

And I want the option to be able to do this again next year, so I’m hoping it will be a success. I'm thinking the whole running community will be watching too, all wishing for the same.

Sure, there will be some first year logistic issues, and some dreaded unknown unknowns, but with lessons learned it will improve each year.

In the end, this marathon needs to find its niche to stick, and it would seem running in the summer, in the heat, over the hilly arb and up and down hilly Washtenaw, would seem to be the challenge.  I am reminded of the adage of nearby Running Fit's Trail Marathon tagline: “No Wimps.”

Until then. "I'm a street walking cheetah with a heart full of napalm." 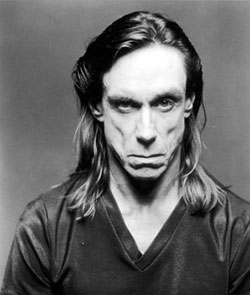 "The Jade Rabbit" - A story of a miraculous marathon run

Good luck Mark, I think there is something special about participating in a "first time" event, especially in a location that has such meaning to you. Canton (OH) is also doing it's first marathon on June 17, and the same thought had struck me about what a risky time of year that is to plan a marathon.
And I hope your comment spam filters don't block out any reference to Ohio. Sorry.

SOAK UP that experience man!! looks like so much fun on top of the race, i'm with ya: heat be da##ed, go run, go destroy it, and have a blast too! good luck, u'll do great!

No, Ohio is the word Mr. Hoke uses to try and disparage Ohio State. And yes, I forgot to even write up much about the whole first time thing. Maybe I'll start a streak of 50 of them in a row. thanks for the comment.

Amen on everything you said. The part about the Ann Arbor Marathon, that is, not about the heat hallucinations. Maybe we'll see the Violin Monster, though.

Thanks Jeff! Yeah, the hallucination part was semi facetious. On my way to your site right now. See you at the start and the finish a week from now.