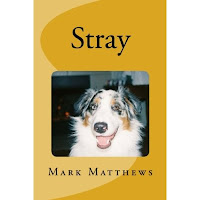 First, two quick updates about my novel  STRAY.
One of Stray's Editors is a book review blogger, and she is doing a free giveaway this week.  3 Winners will be picked. Check it out here --> "Now Is Gone" Stray Giveaway

As for other books, if you've been surfing the Blogosphere, you have probably noticed the novel Dead Running, by Cami Checketts. I picked up Dead Running  after connecting with the very cool and marathon runner Cami Checketts on Goodreads.

Dead Running, the novel: In Review


I love the idea of a novel where the conflicts in a protagonist's life increase as they are training for a marathon, and all of it coming to a head during the final run.  This is a great reflection of how marathoning works, and the best parts of Dead Running, for me, were when the character's training and her life circumstances matched.  The novel is actually told in chapters labeled like training weeks.

The novel begins with the main character, Cassidy witnessing and trying to save her father being victimized by a violent attack, and the danger for Cassidy continues based on her father's legacy.  She is thrown into a violent situation sort of by random, same as she is also thrown into training for a marathon when she wins a free entry to the St. George Marathon.

Cassidy is a great character, who many woman will be able to relate to. There is lots of ooing and ahhing over two hunky type of dudes, one the bad-ass doctor with tattoos, the other the more clean cut runner who all the woman fawn over.  Who should she trust? Who should she date?

Cassidy runs hard enough to shake her bowels loose, and as I read, I admired her efforts, and her fragile yet formidable strength.

The great moments are when Cassidy’s life mirrors her training. At times she is doubting herself, questioning her own strength, running abilities, and listening to others doubt her ability to finish the marathon – while at the same time she is questioning the  motives of all those around her, wondering who she can trust.  Every time she seems to gain bits of confidence, something happens to make her have doubt the next day, and this, it seems is how the mental part of marathon training works, except for with Cassidy, she is worried about her life not just her running life.  People come in and out of her life as she is training, and she's never sure who to trust, and it is only until the end that true characters are revealed, same way a marathon squeezes true character out of all of us.

The book did demand some suspension of disbelief moments that stretched my limits, and the ending required extra concentration as all the secrets were revealed, but I read it wanting to know how it would end, eager for each scene, and like the main character, I was never sure who to trust, who was on her side, what where their agendas, and was excited to see what surprises marathon day would bring.

In order to find these answers, the main character had to face her fears, pound the pavement, and show up on race day, and that, to me, is what marathoning and the novel Dead Running is all about.

The author is an incredibly humble and approachable person (which is kind of rare for an author published by a major house these days) Click here for an interview with Cami.


Check it out: Dead Running on Amazon

Thanks for the review Mark. We downloaded Stray. I can't wait to read it to my boys!