STRAY the novel, Free on Amazon for Kindle, March 7th and 8th The link is here: STRAY on Amazon 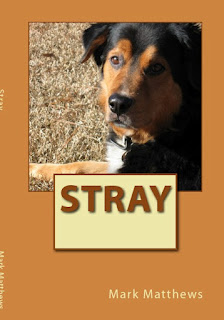 **STRAY has recently been voted into the Second Round of the Amazon Breakthrough Novel Contest**  (5,000 Entries allowed, 1,000 remain.)


Therapist Tomas Cleaves is many years sober from his addiction but is now losing his mind. He is sure that the addicts he treats must have infected the womb of his wife. Add to that the occasional seizure and voices in his head, he may be more unstable than any of his clients. And with clients like Jason Boston Senior, the Ancient Heroin Wizard, who moves about the city’s underground like the Merlin of smack, Tom is in desperate need of a client who can give him some hope.

James White is one such client -- a newly orphaned alcoholic dead bent on drinking again until he finds himself rescuing lost strays at the next door animal shelter. It is here that he meets the mystical nurse and animal control worker Rachel. Rachel cleans cages, rescues strays, but then has the unfortunate duty of putting some to sleep with a lethal injection. Can James escape his despondent life by helping her rescue the throw-away pets of the city?

The lives of Thomas and James, along with some incredibly vivid characters from the streets of Detroit, are intricately woven together, creating a novel that is certain to be remembered. A gritty novel with an edge yet surprisingly gentle and sweet, Stray illustrates the universal longing in all of us as we look for a safe place that feels like home.
at March 07, 2012

I downloaded it and am looking forward to reading it! Thank you!