Reviews of The Hobgoblin of Little Minds 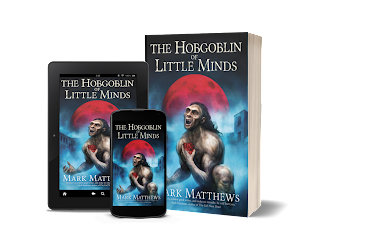 The Hobgoblin of Little Minds on Amazon

Check out the initial reviews of my upcoming novel, The Hobgoblins of Little Mind.

"A wickedly clever take on a well-worn trope, The Hobgoblin of Little Minds explores lycanthropy through the lens of mental illness and shows Matthews at the height of his powers as a cartographer of the many shades of darkness that inhabit human minds. This bleak, Odyssean, and impeccably well-wrought fable proves what many of us have known for quite some time: Mark Matthews is the reigning king of modern psychological horror."

~KEALAN PATRICK BURKE, Bram Stoker Award-winning author of Kin "Few new writers today are doing horror with such intensity."~MICHAEL A ARNZEN, five-time Bram Stoker Award winning author "Matthews writes true reality horror, with supernatural elements that only serve to make his fiction more believable."~MICHAEL BRADFORD, Executive Producer, Monkey Knuckle Films  "Matthews takes us to the heart of desolation and makes us care."~J.D. BARKER, international best-selling author of The Fourth Monkey "Matthews is a damn good writer, and make no mistake, he will hurt you."~JACK KETCHUM, Bram Stoker Award winning author of The Girl Next Door "Matthews delivers a shocking new asylum mythos. At Northville Psychiatric Hospital, longstanding literary horrors of tunnels, malign treatments, and twisted minds receive new Frankensteinian life, patched together into a frightful blend of existential dread and family entanglements."~TROY RONDINONE, PhD, author of Nightmare Factories "A stunningly daring descent into madness. Dank, dark and scary as hell. Brimming with tragic characters and monstrous villains--think Nurse Ratched by way of Dr. Moreau under the direction of Cronenberg. Proves once and for all that reality is often the strongest fuel for the nightmares burning bright. This one is a belter. An absolute beast!"~JOHN BODEN, author of Spungunion and Walk the Darkness Down "Matthews twists pioneering ideas from epigenetics and neuroscience into a classic horror tale, producing a nightmarish adventure that breathes new life into the werewolf legend."~BILL SULLIVAN, Ph.D, Professor of Pharmacology at Indiana University "As a new take on the werewolf story, it is a fascinating read, but as a deep dive into the realities of mental illness, the book is an absolute triumph."~IndieMuse.com
The Hobgoblin of Little Minds on Amazon 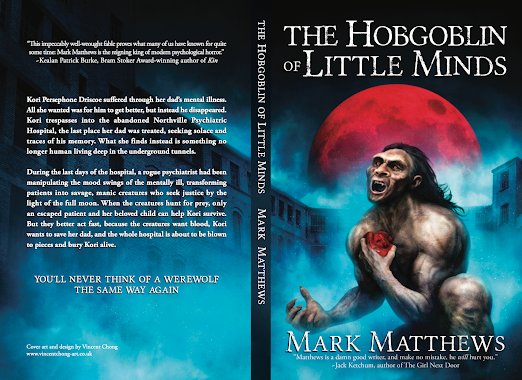