That Which Grows Wild, by Eric J. Guignard

Happy to have Eric Guignard on the blog today.

Eric is one of the nicest humans you will ever meet. He has this fantastic aura that bleeds kindness, and to spend a few moments with him, you can't avoid getting caught up inside. You also can't avoid noticing his intense appreciation for books. Their content, their presence. their power. I've seen him tending to his collection of signed paperbacks (can I share this? I hope so) as if each one was an ancient artifact, a rare gem. This appreciation is why he creates such fantastic books himself, including the groundbreaking anthology, A World Of Horror, and the fiction collection featured below, That Which Grows Wild.

If you don't believe me, believe this - BOTH of them were nominated for Bram Stoker awards in their respective categories. 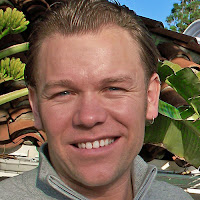 What was the inspiration for this collection?

The book is a collection (my first!) of previously published works, the stories having first appeared in various anthologies, magazines, etc. Each story in itself had its own inspiration or aim, so the collection is more about which stories would work well together in a grouping. I worked with editor Norman Prentiss at Cemetery Dance to select ones that showed a range, but at the same time weren’t too far “out of the box”. Originally I had some other choices that were more “weird” or satire or dark, and Norm suggested switching out those to ones a bit more in the same mood, so voilà, the finished product, which I’m happy with!

Story ideas and inspirations come, literally and figuratively, from everywhere: Dreams (both night and day), global news and current affairs, conversations with people, personal observations of the world, and playing the “What If?” game.

What are you working on and what can we expect from you in the future?

My most recent writing work is my debut collection, That Which Grows Wild: 16 Tales of Dark Fiction (Cemetery Dance Publications; July, 2018)

Quick synopsis: Equal parts of whimsy and weird, horror and heartbreak, That Which Grows Wild, by award-winning author Eric J. Guignard, collects sixteen short stories that traverses the darker side of the fantastic.

How long have you been writing?

I’ve been writing fiction driven by the goal of publication since February, 2011. However, I’ve been writing and drawing stories ever since I was a child. I just did it then for my own interest, or for friends. I stopped in college, in order to pursue business and serious-minded life necessities... which, of course, I now regret. I don’t regret the pursuit of those things, but rather having given up writing for so many years. I only jumped into as a potential career after the realization struck me that I was missing out on something I was passionate about!

Grab "That Which Goes Wild" from Amazon 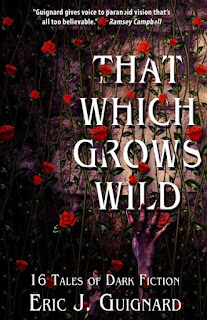