Elder Island, Pure Horror, and the Fate of the Michigan Film Industry

I had the incredible opportunity to visit the set of a Horror Movie last week.

On the last night of shooting, I was invited out to Howell, Michigan to hang out on the set of Elder Island.

The movie is based on true events and comes with the undeniably delicious tagline of Some Men Are So Evil, Even Death Rejects Them 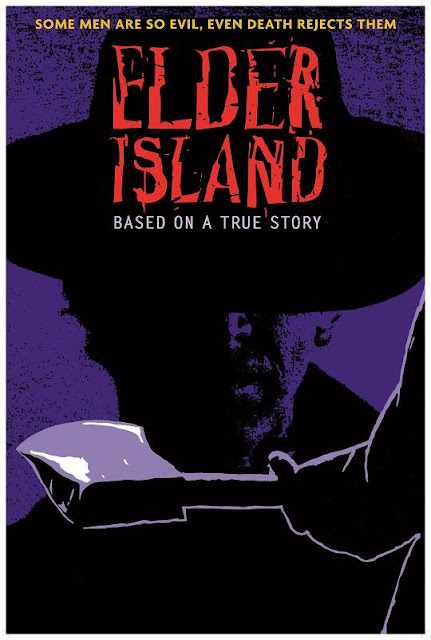 Many of the actors in Elder Island have Michigan ties including Alora Catherine Smith, Melissa Anschutz, Timothy Quill, Dan Hicks, and Michael Robert Brandon who plays the villainous role of the reverend. Brandon's recent credits include the role of the Demon in the TV Drama “Salem.”

Darrin James, producer and director of the film and also originally from Michigan, has a long list of credits including working alongside Sid Haig in Brotherhood of Blood. I'd have asked him about Captain Spaulding, but he was busy pacifying the local natives on the set with free T-shirts and an affable smile.

The whole crew was incredibly welcoming, and I got to spend a good 30 minutes talking with actor Danny Hicks from the iconic horror film, The Evil Dead (Also Darkman, Spiderman 2).  He was more than happy to discuss the Evil Dead series (did nothing for 20 years and now look at it) and the more recent Evil Dead remake (which he really loved). We talked about the impact of the film on so many horror movies today, including Cabin in the Woods.  My late brother turned me on to the Evil Dead and loved it before it became cool to do so. I’m sure his ashes were smoking in his urn the moment I shook Danny’s hand. (Hint: If you ever visit a movie set, and want to talk to an actor, do so while they getting their makeup put on).

I left shortly before midnight, but the hardworking crew was there until the wee hours of the morning, for the night is dark and full of terrors, and you just can’t film horror movies in the light of day. I drove off with a smile and mosquitoe bites. It felt like leaving a family party who were all enjoying what they do, but serious about doing it.

I can't wait to see the full movie. I did see one death. Not saying who. No spoilers.

Well, one spoiler, and that is the future of the Michigan film industry.

The governor of Michigan has been sent a budget that ends incentives for shooting films in Michigan. All over the set of Elder Island were young Michigan talent, some of them only a few years out of a Michigan based film school. They talked about their future and about their fears, and wondered if they will have to leave Michigan to seek their fortune in places like Ohio or Georgia. States who, from my understanding, are making film incentives work.

Great. Go to school in Michigan, and we’ll farm out our talent elsewhere.

Numerous studies have shown that the Michigan incentives have not been as fruitful as had been hoped for, but I got to believe numbers can’t tell the whole story. The industry has barely strengthened its roots to grow.

When The Evil Dead was made in Michigan 40 years ago, it did nothing for 20 years (as Danny Hicks pointed out to me).  Now it’s one of the most popular horror movies made with multiple films to its credit. It has its own musical and an upcoming TV

series (Ash Vs The Evil Dead.)

Pure Michigan could mean Pure Horror with its mix of natural landscapes and urban settings.  It Follows is an example of pure Michigan made horror. The Bird Box, a horror novel by local writer Josh Malerman and based in Detroit, is being adapted into film by the same people who brought you the movie "MAMA.

I hope they haven’t lost Detroit for its potential filming location, and I also hope the Michigan film era is not lost entirely. In the meantime, look for Elder Island coming in 2016 and check out the teaser below.

Great post Mark. I hope that Michigan can hold the incentive together. Can't wait to see the movie! Looks Scary!