Watching STAR WARS With Your Children

I got the coolest gift from my wife for my birthday. The complete collection of Star Wars on blu-ray. And from my daughter, I got a promise to watch at least one movie. Begrudgingly. The other child was in complete objection and said many times, "I am not watching Star Wars Daddy."

But when the blu-ray started spinning in the machine, there she was in the room (Shhhhh,,,, don't say anything)

When the title flashed on the screen and the prologue started to scroll, I got goosebumps. I was ten years old again and life was simple. But my actual ten year old kid? Well, she complained. The other one moaned. This was not going well.

But it didn't take long. They were hooked. Both of them. Even though I'm not the biggest Star Wars fan, it was special. After watching Star Wars Episode IV (what we all know as the first one) they wanted to watch The Empire Strikes Back right away. Success.


My kids have already had plenty of Star Wars culture in their media watching cartoons like MAD TV.  When Luke was training with Yoda on his back, they were familiar with this scene.  They knew in advance Darth Vader was Luke's father, so kept asking when he would tell him.  They knew the Imperial walkers and Land Speeders from the Lego Star Wars game.  They saw a glimpse of the Millennium Falcon in the recent Lego Movie. 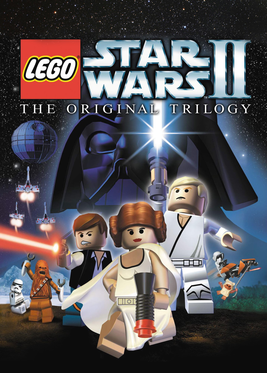 When Vader cuts off Luke's hand, one daughter says, "Oh my gosh! He cut off his hand. What kind of father would do that? You wouldn't do that to me."

As for why Darth Vader wants Luke to join him, one daughter concluded it was because if they were together, then the mother might come back.

I did my best to explain the force, but it still remains pushing the yellow "Y" button on the xbox controller during the Star Wars lego game.

I tried to explain the scene in Dagobah were Luke goes into the dark cave while visiting Yoda. It is just a metaphor for Luke traveling inside himself to his darkest, deepest parts, (my interpretation) and it wasn't happening for real but only inside of him. When he chops Vader down and sees his own face in the mask, he realizes he has to be careful or he will become like Vader.

"So it was a pretend Darth Vader" says the 7 year old.

They are very interested in Return of the Jedi, partly because I promised they'd see Darth Vader's face. One child already drew pictures of what she thinks it will look like.

I didn't tell them that Darth gets partially redeemed at the end. Nor will I tell them there are more than three movies.When they are 18 years old, they are free to choose to expose themselves to Jar Jar Binks if they wish.

I tried with my son. He's all for the Star Wars culture. His one aunt is a huge SW fan and so most of his gifts line Lucas' pockets. But when It cam to sitting down to watch the movies, I guess he's just not old enough to get through it all. Or maybe I just need to give him a bag of popcorn bigger than him. That seems to work at the theater.

YOU LOVE ME, by Caroline Kepnes

If  you loved YOU by Caroline Kepnes, you will love You Love Me. The universe of Joe Goldberg has grown in complexity, and this book was my ...