The way my training has been, any sort of time goals have been ruled out for the New York City Marathon.  In order to enjoy the event, I need to leave my ego in Michigan, start 5 times as slow as I think I should, and cruise through the New York streets and soak up the experience. My only hope for anything faster is if Meb himself pushes me in a baby stroller.

With no time goal in mind, I am still being ambitious.  My process goals are vast, deep, and many.  Here they are:

The day before, I shall walk the streets of Greenwich village and hear the ghosts of Ginsberg and Kerouac Howl in my ears. The only ones for me are the mad ones.

Marathon morning will start with a glorious poop. It will be productive, thorough, and leave no doubt about its status as completed.

On the ferry to the start, I will see the ghosts of my grandparents who arrived as immigrants on Ellis Island 100 years ago. They will give me a wink and a smile.

While waiting for the anthem to play, I expect a mass of black clouds to appear on the horizon. It is the son of Hurricane Sandy 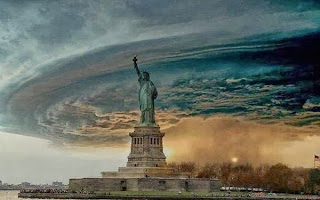 threatening from the sky. Thousands of runners with their dream deferred will look into the eye of the storm and scare it back to sea.

I plan to bottle up the enthusiasm and excitement of nearly 50,000 runners at the start. I will bring the bottle home, and take a shot with my morning coffee for the weeks to come.

I expect to see Macon from my novel “On the Lips of Children” standing anxiously at the start with a runner’s bib pinned on his shirt. His body is scarred and his brain seems troubled.  “Fodder, Fodder,” I hear him mumble.

After the anthem and Sinatra’s “New York, New York,” I expect the energy of the event to keep pumping music into the air. 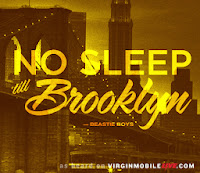 I hear the Beastie Boys booming Sabotage from Brooklyn and echoes of punk rock 20 years old from CBGB’s.

Bruce’s  “Born to Run” thumps across the water. Lou Reed monotones about heroin and walking on the wild side.  “Shattered” from the Stones mocks us all saying, “Go ahead, bite the big apple, don’t mind the maggots.”  Jay Z and Alicia Keys urge us on to run through “concrete jungles where dreams are made.”

When my insides are warmed to a boil, I expect my spirit to transcend my body and commune with my recently deceased brother. I tell him things I wanted to say before he died. He promises to appear again in my dreams.

During the route, I expect Broadway shows to spill onto the course.  The lead role from Wicked, Elphaba, will run beside me. Together

we will belt out “Defying Gravity.”  “Nobody in all of Oz, no wizard that there is or was, is ever going to bring us down.”

I expect my bib number to mysteriously change to 24601 and Javert from Les Miserable to appear behind me. He gives chase, nips at my heels, and threatens a return to jail.  “I am warning you Javert. I’m a stronger man by far, there is power in me yet, my race is not yet run.”

And when my tendons inflame , my muscles tighten, and my veins fill with wet cement, I will throw my hands to the sky and curse the
Gods.  “HASA DIGA EEBOWAI!!”   The cast of The Book of Mormon will then appear and sing, “time to be a hero and slay the monster.”  “MAN UP!”

I expect the runner’s high to give me a buzz more than years of drinking and drugging ever could.

I expect inspiration to sweat out of my brain into my eyes, and I will have visions for my next novel or two.

I expect to see Adam from the cast of Lena Dunham’s “Girls” on HBO. He will say something quirky and weird that I try so hard to repeat for the rest of my life but realize I can’t, because I only understand Adam, I don’t speak it.

I expect to see Woody Allen and Diane Keaton sitting on a bench in Manhatten. 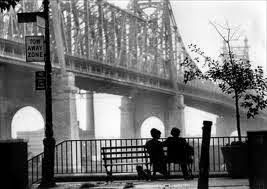 I expect to see John Lennon appear in Central Park, of if not, at least Elton John singing Empty Garden. 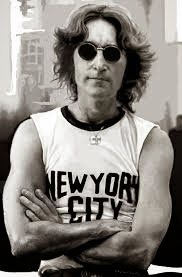 And if I could hit a time goal, it would be a 4:09:43 with the power to co-opt the 4:09:43 finishing time of the history of all marathons, and prevent any deaths and heal any wounds of anyone injured at this time.

I want to see Janice from my novel “The Jade Rabbit’, wearing her medal and looking to the sky after her 2:59:50 finish.

If none or all of these come true, my goal is the same for this or any marathon:  to run hard enough to squeeze out my insides until something new is revealed. Every 26.2 demands a deep, personal journey, all while connecting to thousands of other running souls along the way.

Nope, I have no time goals. But the clock can’t measure everything.

Good luck to you. I always enjoy your posts that squeeze in more fiction and wonder than reality. They seem to suit you.

Awesome!! Love it. :) Enjoy my city! It will be an incredible experience for sure.

Who doesn't want a poo like that? Hahaha! I'll be thinking of you as I'm sore on my couch.