"Paul is a real estate novelist, who never had time for a wife." ~Piano Man, Billy Joel


Started hearing about New York City marathoners finishing their final 20 miler last weekend. Me? I just ran my last 20 miler yesterday.  My training was delayed by a nasty, 6 week long bronchial infection that ripped open my lungs and heart.

I finally got the bronchitis out of my chest and it looked like this. 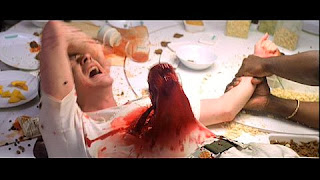 14 days used to be my usual taper, but 21 works better. To help speed my recovery along during these 17 days, I ran my 20 on soft surfaces. The first 15 were on a gravel trail, and the last 5 were on my treadmill.

Finding time to fit these long runs in is even harder when you're running slower miles. Not to mention that I don’t want to be an absent dad. This is a passion, not a career.

The last few years I have taken paid time off work to fit in a long run. This stops the huge 3 hour plus time suck from my family, and it is the best staycation I can think of. Being paid to run, I often think of it. And I highly recommend it.

Running slow, so many stories I want to write, where can I find the time?

Billy Joel said a lot when he noted; "Paul is a real estate novelist, who never had time for a wife."

Of course Paul couldn't just be a novelist. That's nearly impossible and against all odds in this market. Real estate paid the bills, novel writing paid his soul, but there he was, lonely and drinking, no time for a wife, and "he's talking with Davy, who's still in the navy, and probably will be for life."

The words could be rewritten as; "Paul is a real estate marathoner, who never had time for a life."

Sitting in front of a drink lamenting the loss of time just doesn’t get my sympathy. And the irony wasn’t lost on Billy Joel either who sung about a series of self-pitying patrons who 'sat at the bar and put bread in my jar'. I can relate, because I spent years being a drunken, self-pitying bastard myself.

Paul just needed a better vacation package, and to get his ass out of the bar.  I feel pretty fortunate to be a father, runner, and novelist, who never has time for the bar. As for Davy who’s still in the navy? Well, he probably won’t miss me.