Chutes and Ladders - 7 Things I Learned From a Running Layoff 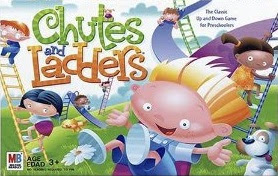 I am coming off a running lay off and slowly building back up. A 23 mile week last week, and this week I hope to hit 28 -30 miles.

Calling my stint a “layoff” is relative since there are runners out there who have been sidelined for months. Still, it’s a big chunk.  In June, I took 23 straight days off to heal up from an injury after the Bayshore marathon, and then two weeks later in July, I took 25 days off due to a monstrous illness.

Through it all here are:

1. It Keeps  Me Constipated
No, not that kind. I am talking about feeling emotionally and spiritually constipated. When I don’t’ run, there is a toxic buildup of emotions and spiritual angst that needs a release. Running is the great purge.

2. I Get Fatalistic
I don’t necessarily get negative, but I get dramatic. I start thinking I will never run again, that the layoff is permanent, and my running life is over. I feel doomed to be one of the walking dead for the remainder of my years.

3. I look Towards Cosmic Intervention
The fatalism gets flipped, and I start to wonder if some divine intervention has taken place. Maybe there’s a benevolent purpose for the running layoff.  Perhaps I needed the time off, and the Old Gods and the New have destroyed my lungs as the only way to save my legs. Without this intervention, perhaps I would have run in front of a bus,  fell in a hole and twisted an ankle, or been kidnapped by some bizarre tweaker family living in an underground drug smuggling tunnel (don’t laugh, it happens).

4. Starting Back Feels Like the First time
Fitness fades fast. Perhaps partly due to age, but I could feel my muscles wilting away. When I returned to running and did a slow 5 miler, I was actually sore the next day. It pains me to admit that.

5. Chutes and Ladders is still the Greatest Metaphor Around
You climb back up, slide back down, and it all seems like a game of chance. And even though I slip-slided back to the start, I think I will climb back up again quickly. Plus, its’ fun to build it back up. I wasn’t making many gains back when I was running more anyways, but now, I will be able to see some quick gains and revel in it. 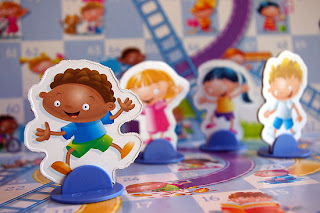 6. Injuries Are More Frustrating Than Sickness
It’s harder when injured not to run than when I was physically sick. While I was sick, I didn’t really even want to run, but I ‘wanted to want to run’ and to feel the buzz of the run in my life.  When I was injured, 96% of me was ready to rock, but the injured 4% held me back. Much more frustrating.

7. Schedule Accordingly
When I make a rough outline of a marathon training plan, I try to build in for 2 weeks off of running, knowing that something will get in the way like an injury or sickness. However, I don’t have that luxury with my current New York City marathon training plan.  Now I’m about a month behind or so.

But that’s perfectly okay, because I’m bound to find a ladder around here somewhere. 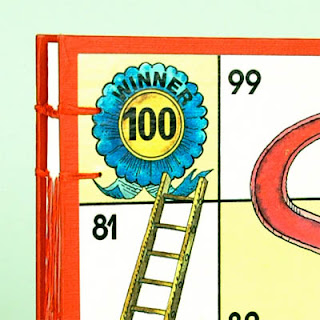 Speaking of layoffs, I’m about to go on vacation, so this blog will be on a week’s break as well. Thanks for stopping by.

Great right up, totally relate with all of these! I can't wait until I find that ladder with my return! Enjoy the break!