A Return to Running and I'm in the Newspaper

My planned 30 days of rest has ended at 23.  I relapsed on a lovely six mile run. Like most relapses, I could lie to myself and say I didn't see it coming, but it was planned well in advance.

It felt great. It wasn't much, but I missed all the little things: the preparation, listening to music while my head pounded in the 80 degree heat, and of course the afterglow. All of this from six.  I am only slightly embarrassed to say I listened to "I Love It" from Icona Pop twice during this run. 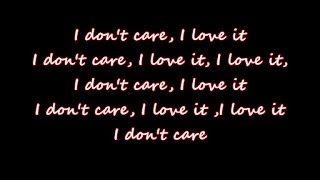 I am still coming back slowly, and my next run won't be until Thursday or Friday at Grant Park in Chicago.

In other news, I was featured in last Sunday's Detroit Free Press in their weekly runner profiles. (Golf Clap)

Clarifications first: I am preparing for the New York City Marathon, not Detroit (I did explain this to the reporter) but I have run the Detroit course enough times to run it blindfolded.  Also, the character from The Jade Rabbit is "adopted" from China, not a "doctor" from China, although I am sure my mumbles sounded like 'Doctor'.

In fact, the reporter basically wrote down what I said word for word, which is why the sentences run on and sound a bit like I'm  drunk.  I had hoped he'd clean up what I said and make complete sentences.  The article is below, minus pictures, or click here for the direct link.

Claim to fame: Author of “The Jade Rabbit,” a story of a woman training for the Free Press marathon; five-time participant; also ran in New York, Chicago, Boston.

Talk about your second novel, which takes place at the marathon: “I had run in the marathon multiple times and I knew the course really well so I could describe it in a first-person perspective, from going over the bridge and under the tunnel, all the episodes I could remember really. The main character is actually a doctor from China so I thought that was a great mix from the kind of the urban of Detroit and someone from across the planet. I wanted to make it where all of her life’s events came together at the marathon day, from her job and her family crisis and all sorts of trauma coming together on marathon day.”

What was the motivation behind the novel? “I kind of see marathons as more than just running, it’s your whole life experiences coming together. It’s about more than just a run, it’s about kind of a battle of your internal sights and that’s what I wanted to demonstrate in the book. I knew Detroit so well from the finish line — I finished at Tiger Stadium, I finished in Ford Field and the book actually takes place during the Ford Field finish.”

How did you end up a writer and runner? “I always wanted to be a writer growing up, and marathoning and running are such intense experiences that brings up so many emotions.”

What’s the difference between the Free Press marathon and the others you’ve run? “You run with people you recognize from the community that you’ve been running with all year and that it’s so familiar running over the bridge and then under the water. It’s very metaphysical like you cross the bridge and you wait for the sun to rise and then you kind of descend after crossing the international border, descending into the earth and then coming back out again. It’s just a very spiritual experience and finishing running the streets of Detroit at the end is still kind of neat.”
at June 18, 2013

That's some good press. Maybe you'll see a bump in book sales (you come off really well in the article). You kind of earned your spot in the paper. I just got in because of a silly shirt last year.

Cool! I don't see where it says you're training for Detroit? I'm like halfway through the book...