Faking My Way Through The Tournament

It's NCAA basketball tournament time, the most exciting and glorious time in all of sports, and I have a confession to make that may take away my man-card.  I don't enjoy the tournament nearly as much as I pretend to. In fake, most of my enthusiasm just may very well be faked. Fake, fake, fake, fake, to quote Elaine from Seinfeld.

I just don't fully appreciate basketball.  It seems like every game goes sort of the same way. One team gets a big lead, it builds to a crescendo, but later on, usually the second half, the momentum switches and the other team catches up. They maybe even tie it or take a small lead. At the end it's close, one team may need to purposely foul to control the clock (isn't that a huge bastardization of the game? by the way), and we all call it the greatest game ever.

Why not just watch the end?  I realize there's strategy involved the whole game such as if  one team's half court game and big bodies in the paint can control the pace against the run and gun play of the other team's guards (see, I sort of know what I'm talking about.) But, if not for the excitement of the announcers or seeing a 15 seed beating a 2, I might just yawn my way through.

Of course I will watch, but not like I would if it were Hockey, where, if it were a single elimination tournament with 10 games on I would have 8 TVs to watch and the DVR running. And  if someone were to say 'just watch the third period' same way I just said, 'why not just watch the end?' I would feel as if I'd been punched in the gut.  But basketball just doesn't do it for me. I can't follow 64 teams, most of who I couldn't name a single player. I will be watching 'my team', yes, the University of Michigan, but that makes me a fan of a team, not the sport.

Am I not man anymore? Am I? I watch the NFL draft, listen to sports radio, and I flatulate too much.  I like HDTV's and believe in bonding with my electronics.  I can quote Caddyshack, Stripes, or Fletch on command. Yes, I am a man. (or at least a real boy.)

Then again, I wrote a full novel under first person perspective of a woman, and I like Debra Winger, musicals, and award shows.  And some of my most exciting times of my life are while I am wearing tights.  (Running tights in the cold weather, of course.)

So, this morning is full of such glorious potential of youth, the way the tournament is life is like. All of us have a clean slate, some are facing more tremendous odds than the rest facing down Goliath, but theoretically all of us are equal with the same chance ito show the best in ourselves for glory. No matter how great others  have seeded you, if you blow your one shot at victory, you go home, game over and season over.

That does sound pretty cool. 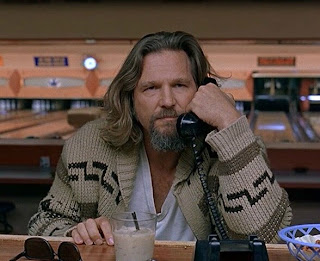 Your man card stands. I'm in charge do those things.