The New York City Marathon was canceled, but I am still imagining the "What if..."

What I'm doing instead is imagining "What if.." someone else ran that New York City marathon.


I'm talking about none other than that little ball of hate;
DARRYL DIXON. 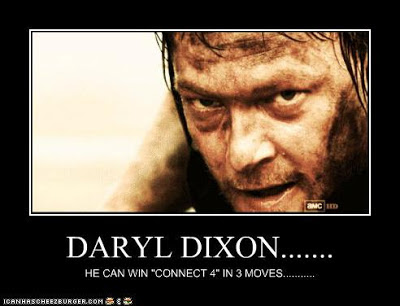 (Click Here for my follow Up Article on Game of Thrones, The Walking Dead, and Why 'How People Die Matters')
Yes, This is the story of Darryl Dixon's first marathon.

Darryl from The Walking Dead ~ Darryl is the coolest bad-ass around.  We may have hated him at first, but his sensitive and caring side grew while his bad-assery got sharper. Yes, he carries a cross-bow, never tires, ratchets up the zombie body count and spits out zombie blood.

Darryl's felt lost his whole life, you can tell. He has never really felt important like he deserved, but to train for and run a marathon, that would give him the respect he has been waiting for.

Darryl would of course not bother to taper. The only taper he knew about was when he sliced himself open with a hunting knife, and brother Merle said, "oh, you got a cut? Well, 'Taper shut' then would you, and get on with it."

Marathon morning, he would eat bacon and ham for breakfast from a pig he killed himself. Or perhaps even a squirrel or opossum. 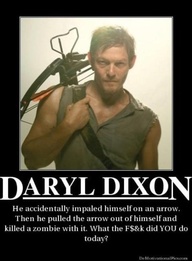 He would wear a sleeveless shirt, the sleeves having been torn off, of course, and we're not taking a hi-tech, moisture-wickering shirt, were' talking 100% southern cotton. Yep, cotton enough that it would make your nipples bleed before mile one, but when you're made of Darryl material, you don't pay that no mind.

And Darryl wouldn't take a bus over the bridge or ride a ferry to get to the start at Staten Island for the start of the New York City Marathon like the rest of us. Hell no.


The only problem would be if Merle ran alongside him.  We know Merle would lecture Darryl on turning his back on family for running a marathon. 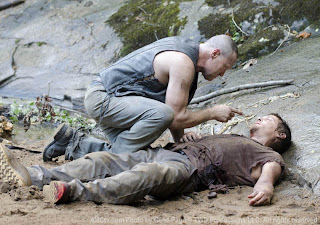 Of course,  Merle got arrested by the cops on the way, and got handcuffed to a park bench while the cop chased off some marathon bandits. 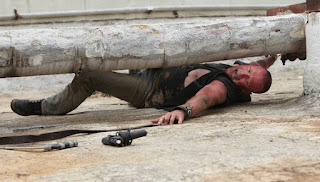 and Darryl would surely want to go back and rescue him

We all know Merle would just chop his hand off, and end up the right hand man of the Race Director/Governor, take your pick. 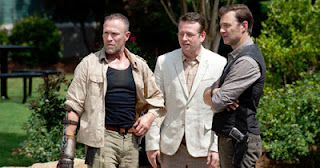 Darryl is perfect marathon material.  He doesn't feel pain, and the solitary nature of running lets him keep his hard-ass independent edge, at the same time be part of a large group all with a common goal.

Darryl would speed up with pain along the course and be on pace for a negative split and a very respectable sub 4 marathon.

But when he hits the 20 mile mark near Central Park he's sure to see what happens when runners don't pace themselves correctly and just can't run anymore. Yep, it's a sight that makes his blood boil.
"Walkers". 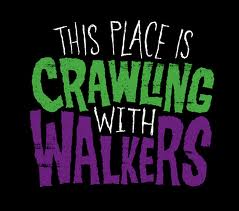 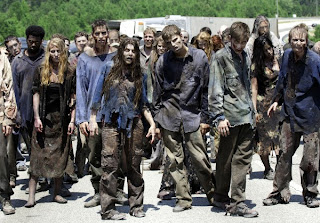 Yep, they're everywhere. The Runners who have bonked out and smashed into the wall, and have now become: "Walkers"~  'Ravaged bodies that grunt, barely moving with stiff legs and slime all over their inhuman faces', so he shoots as many as he can in the head, grabs all the food from the aid stations for supplies, and takes a detour towards a safer shelter.  DNF and NHFA  (never heard from again) 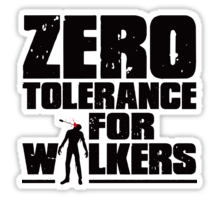 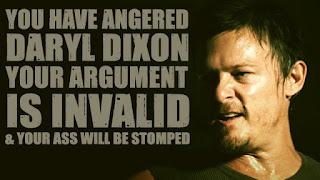 Word is, Darryl is still out there, living in secret dwellings in Central Park.  Some folks say they've seen him. Others say he will appear every first Sunday in November, to take care of the 'Walkers.' 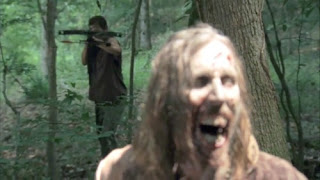 So, let that be a lesson as to why we all need to finish our marathons and not do the 'zombie shuffle' to the end. Cause he's out there. Darryl Dixon. 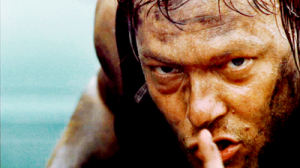 Click Here for A follow Up Article on Game of Thrones, The Walking Dead, and Why 'How People Die Matters' 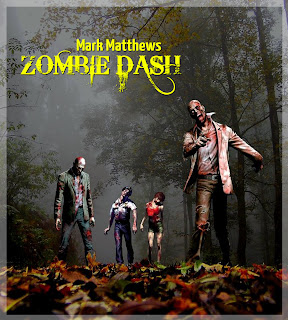 hahahaha...this is why i love writers' blogs!! awesome creativity there, and even tho i've never watched the walking dead (fine, hate me if u must) can't say i wasn't entertained. but u kno wat, i could totally kick DD's @$$...cuz i'm just THAT bad@$$. ;)
PS- where is that sarcastic font when u need it?

Hey! I just wanted to say I loved the post on Inner Peace you did recently, and thanks for the link to the website! It's something I'm always looking for. :)

As a Walking Dead fan, I greatly appreciated your creative approach in this post.

Fantastic goods from you, man. I have understand
your stuff previous to and you are just extremely magnificent.
I really like what you have acquired here, certainly like what you're stating and the way in which you say it. You make it entertaining and you still care for to keep it sensible. I can not wait to read far more from you. This is really a great web site.
Here is my blog post ; online gambling laws