My point was largely that the horror in these shows was just a metaphor for the interpersonal dynamics. In the case of AHS (what hip people call American Horror Story) the real horror is a couple dealing with  infidelity, trust, anger, ( perpetual anger) and all the shattered lifes caused by the ripples of hurt.  The horror of all this inner-psyche drama sticks around like ghosts in your basement in a house you can never leave.
Well, if AHS and The Walking Dead were in a race to win my favorite current show, The Walking Dead just flew by AHS in a rapid sprint, and gave it a little elbow to the gut, just to make a point. 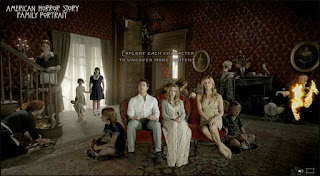 AHS has slipped into soap opera-ish moments.  Sure there is plenty of character angst, plenty of ongoing drama,some creepy sweet surprises, but much of it is 'drama for drama' sake, and worse, ‘horror for horror’ sake, with scenes that seem cheap based on standards set by the first episodes. (for example, the basement scene where the maid lures someone to the basement and helps ‘make him vulnerable; was less than impressive.)
The Walking dead, on the other hand, was laying the groundwork for some great moral ambiguities and dilemmas. The show does a great job blurring the lines between right and wrong, and there are characters who are stuck in some grey areas trying to battle for a moral compass. Secrets, love triangles, and the dilemmas of bringing a child into a desolate wasteland.  Is the life of one worth risking the life of all?  Can you ‘euthanize’ your own family member when they have ‘turned’?  Is it okay to keep secrets if you feel lifes are at risk? 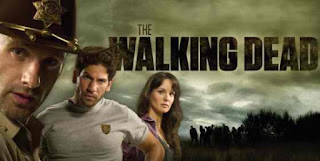 All these unclear decision are in contrast to the zombies, who follow just one drive and that is to eat..  Yet who is more humane?  the humans who kill for no reason, or the zombies who can’t think about it and just kill for food?.  Having to make these choices is what makes us human. If you don’t’ have to make them, and are just trying to survive and only survive, then you are a zombie.  Shane is starting to turn, without having been bitten.
(If you follow the show,  the moment Sophia walked out of that shed was done so well after all the build up, the searching, the group turmoil and debating, and then the moment where you waited for the reactions of the group - Who would step up and do what had to be done? Good and fun stuff.)
In light of the largely running theme of this blog, can’t there be an analogy to surviving in the post-apocalyptic world  to running a marathon?. Like running a marathon, you have to be thoughtful and plan ahead, have skills and strengths and smarts, but ultimately there will be those visceral moments where it's just your whole body and soul being tested to see what’s inside and what you are made of.  Are you tough enough in mind, body and spirit to survive?
So, here it is Sunday night and I’m missings Zombie, so searched for what would be a great Zombie Read.  I read the kindle sample of “Feed” as well as “The Reapers are The Angels,” and chose the latter.   So far, I love it!  And there’s something so special about being in a book where I can’t wait for time to read and inevitably stay up later than I intended. “Just another five minutes” turns into an hour real easy. 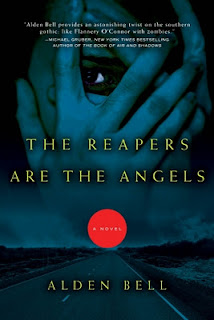 In this light, I’m going to make it a point to always include a book review on my blog along the right side, taken directly from my goodreads account.  I have just posted Throwaway daughter, one of the few pieces of fiction concerning Chinese adoption and an instrumental piece in me writing The Jade Rabbit . But I’ll be posting more soon.

Stray, the novel on Amazon
Stray addicts and stray dogs, wandering the streets looking for salvation.
The Jade Rabbit on Amazon
A Chinese adoptee and her miraculous marathon run.
at December 04, 2011