"How Do You Measure A Year In A Life"

In - Five Hundred Twenty-Five ThousandSix Hundred Minutes
How Do You Measure, A Year In The Life 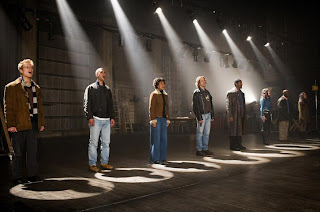 And if you know the song, I hope you sung along in your head.  Great song, inspiring and touching message. How do you measure a year in a life?
Well, how about, "Runs...?"
Yes, I would say that is a major component I use to measure a year, and holiday runs are the greatest. Not sure why, but it's impossible not to be infused with a new spirit on Christmas. This Christmas eve, I took a run in a 32 degree sunny day, light snow on the ground, and knocked out 8 miles with an exhilirating run through heritage park.


Trails with light snow, when they aren't icy, are incredible.  Light snow glistens on the evergreens, no sound anywhere and little evidence of humans. Its' just you, the earth, and some facsimile of the Garden of Eden to be traversed through, bounding up and down winding paths, where the air just seems fresher and my legs respond in kind.
It's not a holiday if I haven't taken my run, maybe that makes me an addict still, but a 'positive addiciton,' as William Glasser would say.

In measuring my year, it has been a good one. I now have two daughters in grade school, which means the growing and the learning and socializing has been lit all ablaze and is shining bright.  I have a new job, which is much more condusive to my family life and has opened up a whole new realm of challenges and oppurtunities for growth, and I finally released The Jade Rabbit after years of work,  and STRAY continues to be received very well.

But, I'm way more about planning ahead for the next year, as if plotting a battle, then I am in looking back. This means a long vacation or two, a couple of marathons (to make up for zero in 2011), more writing, re-examining my bucket list, and trying to sharpen all the other things that can get dull if not tended to. 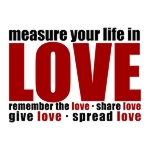 (In other news, the map for the 2012 Ann Arbor Marathon is posted Ann Arbor Marathon Course Information  I think I took the same exact route 23 years ago during a drunken walk back to my dorm. I look forward to taking the same route in a different state of being.)
at December 26, 2011