RUNNING MARATHONS KILLED THE RUNNER IN ME

Lunatic Fringe. I know you are out there.
You can run 3 marathons a year. You could probably get through 26.2 miles on any given day under 5 hours if you really had to.  30 mile weeks are recovery weeks and make you feel guilty.
Not me.
After training for 4 marathons in 2 years, I am a wreck and trying to piece myself back together. So far I am on a 19 day ‘no-run’ streak after the New York Marathon and I’m pretty damn proud of myself.
I was damaged goods most of last year. In fact, here’s a dirty little Lance Armstrong secret: I took 7 Ibuprofen the morning of NYCM, (4 of them a few hours before the race, 3 of them five minutes before the race.)
But for the first time in a long time, there is No Marathon on the schedule.   NO MARATHON on the training schedule. Read that is if your lips are dancing. I’m pretty happy to be marathon free, so now I can really run. Why’s that?
RUNNING MARATHONS KILLED THE RUNNER IN ME
During the first of these 4 marathons, my training was such that the long run was just the toughest day of the schedule. But since then, I have just been getting by. I was spending so much time recovering.
My legs became zombified. Dead and straggly. All the foam rolling in the world, all the 3 days off in the week, and all the cross-training the bike could offer didn't make a difference. It just wasn't as enjoyable as it should be.
And I stopped doing speed work.
I'm a big believer that tons of your miles need to be below marathon pace if you're looking to run for time, but I couldn’t hack it anymore so gave up. All it did was destroy me. I lost the speed work buzz
There is a buzz that comes from anaerobic dashes that you get nowhere else. It’s the difference between caffeine and cocaine, and a guy’s gotta have his snort of cocaine once in a while (metaphorically speaking).
I started to focus on weekly miles. Weekly Miles? Who cares about that?  The more I cared about weekly mileage, the more I realized how pathetic mine was. But in the past it hasn’t been much of an issue with me. That’s because I would do marathons just once a year and peak in the mid 40's and feel fine.
(I could go on, but, as Chad Stafko would say, I just need to stop talking and get over myself. )
Now I feel free to run as fast or slow or long or short as I please. I'm on a permanent fartlicking vacation.
My natural running state isn’t in marathon prep mode, but it may be in half-marathon prep mode. Like the lunatic fringe folks who can run 26.2 on command, I feel like I can run 13.1 on command. So, Ms marathon, we are going to have to talk about seeing other distances. It’s not you, it’s me.
I hate training schedules. I hate plotting my novels. I don’t like following directions, and usually have to dig them out of the trash after I can’t put that damn IKEA piece together. So now I’m FREE. No more fitting in the 3 hour plus long runs. And all that prep time and recovery days.
No more gaining weight while marathon training. Yes, gaining weight because of it. I over-compensate with pizza and ice cream while running 20 milers
And I will have extra time!  Just think what I can do. I can write "STRAY, Part 2",  "The Jade Rabbit Redux," or "On the Lips of Children, Macon’s Revenge."
Of course, I still feel like marathons are the best experience on earth. I commune with mystical space creatures and inner demons and outer angels during those 26.2 miles. That’s why I hope to run the Disney Marathon in 2015. This is only 14 months away. Training will begin in about 10 months.
Time to schedule a 20 miler. One year from today.
at November 22, 2013

Wow! Thanks for this declaration. I really thought I was the only one that felt this way.

I ran two mini's this year, and felt burned out. My mileage sucked, and my times got worse.

Thanks for putting some perspective on the issue.

I have no races scheduled this year. I am so good with that. I read these posts on DM where runners are saying things like "Couldn't get it together." or "Just didn't feel like running today." and then I add my own posts of scraping it together. I think I am on burn out but the something in me still has a little flame.
I am just not feeling like igniting it anymore....for today!
One day at a time..a little cliché!

After running three marathons in two years, I'm definitely feeling the burnout, too! I've vowed that I will not do another marathon in 2014, no matter what. Right now, I'm enjoying short, fast runs :) 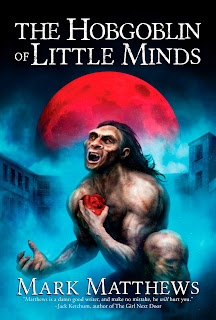